Sunday’s AFC Championship Game between the New England Patriots and Kansas City Chiefs is setting up to be a matchup for the ages. The high-flying Chiefs are hosting their first AFC title game at Arrowhead Stadium, while the Patriots are seeking their 11th Super Bowl trip in franchise history.

The Patriots defeated Kansas City 43-40 in Week 6 at Gillette Stadium, where the Pats went unbeaten this season. The Chiefs are 8-1 at home this season, making this week’s game, with a trip to Super Bowl LIII on the line, a highly-anticipated rematch.

While there surely will be plenty to be entertained by on the field, there are plenty more intriguing nuggets about Sunday night’s game.

For starters, an ‘arctic blast’ is expected to hit Kansas City over the weekend, making for brutally cold temperatures come game time. Less likely to impact play on the field, but undoubtedly way cooler, is the possibility for a total lunar eclipse during the game.

As noted on Reddit, via 247 Sports’ Kirk Larrabee, an eclipse will be visible in North and South America starting on the night of Jan. 20 through the morning of Jan. 21.

Wait, it gets better.

It will be the first supermoon of 2019, and the eclipse is nicknamed the “super blood wolf moon,” and at the event’s peak the moon will take on a reddish color.

(You can learn more about the super blood wolf moon here)

Tom Brady Reveals What Weekly Meetings With Bill Belichick Are Like 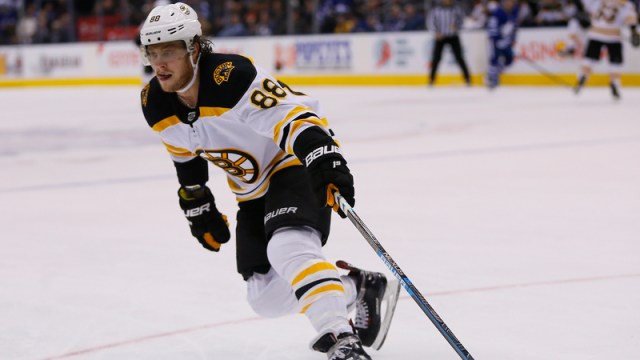