FOXBORO, Mass. — Some notes and nuggets from the New England Patriots’ 41-28 divisional-round beatdown of the Los Angeles Chargers on Sunday at Gillette Stadium:

— The postseason stage wasn’t too big for rookies Sony Michel and J.C. Jackson, both of whom had big games in their Patriots playoff debuts.

Michel headlined a dominant New England ground game, carrying 24 times for 129 yards with three first-half touchdowns. The Patriots faced little resistance against a Chargers defense that played nearly the entire game with six or seven defensive backs on the field.

As he tends to do, Michel directed all praise for his performance at the Patriots’ offensive line, who along with tight ends Rob Gronkowski and Dwayne Allen and fullback James Develin dominated LA up front.

“The offensive line — I?m going to keep saying it over and over — did a great job, had a great week of preparation,” the first-round draft pick said. “I just had to be patient and let things develop, and that?s what happened.”

Jackson, meanwhile, was targeted 11 times by Chargers quarterback Philip Rivers but allowed just five receptions for 67 yards. He broke up two passes and still has yet to allow his first NFL touchdown.

Both players figure to play major roles against the Kansas City Chiefs in the AFC Championship Game.

— While Michel was cutting up the Chargers’ defense on the ground, fellow running back James White put on a pass-catching clinic.

White set a career high and tied Darren Sproles’ postseason NFL record with 15 receptions on 17 targets for 97 yards. It was a welcome return to form for the Super Bowl LI hero, who’d been far less productive over the second half of the regular season than he was in the first.

“You’ve got to play your best football at this time of year,” White said. “I just try and put my best foot forward, have no regrets, study my opponent as best as possible and just try to put my best performance out there every time I step out there. For us, we just enjoy the opportunity, don’t take it for granted and just play in the moment.”

— In addition to clearing out holes for Michel, the Patriots’ O-line also put on a masterclass in pass protection.

The Chargers boast one of the NFL’s best edge-rushing duos in Melvin Ingram and Joey Bosa, but they combined for no sacks and just one quarterback hit. LA’s defense as a whole pressured Patriots quarterback Tom Brady on just six of his 44 dropbacks, sacking him once.

?I guess I did my job,” right tackle Marcus Cannon said. “(Right tackle) Trent (Brown) did his job. The whole O-line, you know we?re all working together. From the offensive line to the tight ends, we?re all connected. We?re going to have to look at the film to see, but it sounds like we did a pretty good job. We?re just going to keep working and come back next week and try to do the same.?

— Gronkowski wasn’t used much in the passing game Sunday — he finished with one catch for 25 yards and also drew a defensive pass interference penalty in the end zone — but he threw his weight around as a blocker, prompting former Patriots teammate Martellus Bennett to applaud him on Twitter.

This is why @RobGronkowski is the best in the game. Hasn't made a catch but has impacted the game in a big way by blocking.

All I'm saying is that if most of your favorite TEs aren't catching the ball they don't impact the game at all. To be able to contribute in all phases of the game is rare for the TE position this days.

Brady also saluted his tight end after the game.

“He’s a great blocker,” the quarterback said. “I think that’s something that goes maybe a little under the radar with his skill set, but he’s one of the most dominant blocking tight ends in the league. Again, he’s a threat when he catches it. Just did such a great job there to start the third quarter. He’s a threat any time he’s out there.”

— Gronkowski and Antonio Gates shared a moment after what might have been Gates’ final NFL game.

The 38-year old Gates told reporters after the game he hopes to return next season, but that’s no guarantee, considering he was not on an NFL roster until the Chargers re-signed him just before the season to fill the void left by Hunter Henry’s ACL tear.

The surefire Hall of Famer remains the picture of durability, though, playing in every game for LA this season. He caught five passes on eight targets for 41 yards and a touchdown against New England.

“Gates is a monster,” Gronkowski said. “I?ve been watching him since high school. Just to share the field with him again is definitely an honor. Just always looking up to him, ever since he?s been in the league. I got to see him after, say what?s up to him and wish him best of luck from whatever he does from here on out, but he?s a great player and a great role model for the league.”

“I was focused on LA the whole game, and it?s going to be the same thing this week,” Gronkowski said. “I?m all-in right now. We?ve got the Kansas City Chiefs now. It?s going to be another week of preparation, and I haven?t thought about anything like that. So we’ve just got to go all-in, keep our focus and keep on doing what we?ve got to do, and I?ve got to keep on doing what I?ve got to do to help this team out to win next week.” 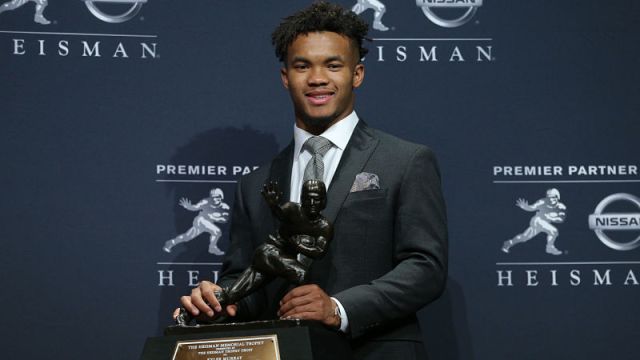