ATLANTA — New England Patriots running backs coach Ivan Fears is known for the blunt and often colorful soundbites he provides to the media, and he did not disappoint Wednesday when discussing Patriots fullback James Develin.

Asked to recall Develin’s early days as a Patriots practice squadder in 2012, Fears described the bulldozing lead blocker’s love for contact as only he can.

“He came in on the practice squad, and he was just consistent as hell as far as knocking the (expletive) out of people,” Fears said during media availability at the Patriots’ Super Bowl LIII hotel. “And it was so evident that he was going to be — that he could do this more than once. He wasn’t a one-hit wonder, and that was kind of exciting for us. He sort of came through that year, and it was like, ‘OK. OK.’ He was able to finish that up, and we knew we were in business. We had a guy.”

It took Develin — converted defensive lineman who had played in both the Arena Football League and the United Football League before landing in New England — just two months to earn a promotion to the Patriots’ 53-man roster, where he’s remained ever since.

A first-time Pro Bowler in 2017, Develin plays a pivotal role in a Patriots rushing attack that has dominated opponents in recent weeks. He also caught 12 passes and rushed for four short-yardage touchdowns during the regular season, smashing his previous career highs in both categories.

The Patriots have scored eight rushing touchdowns in two games this postseason, and Develin has been on the field for all eight of them.

“What he’s done this year, the number of reps he’s had, plays he’s had, the pounding he’s taken, that doesn’t wear well with a lot of backs,” Fears said. “How many guys are out there that you think can do this? There’s not that many. That’s why (fullbacks) fell out of favor in the first place. … I think James is really special.”

Develin smiled when asked to comment on Fears’ recollections.

“I was really just trying to gain as much confidence and respect from those guys as I possibly could, so I was going out there every practice just trying to make a name for myself, do my job and do it to the best of my ability,” the 30-year-old said. “I was a practice squad guy and I didn’t have a ton of tape and a ton of real-life footage of me trying to do the stuff, so I knew I had to kind of start from zero and be ready to go.

“It was a fun year. It was a really valuable year for me to have those opportunities in practice against the best in the league, some of them. It was a lot fun, and it was an incredible experience.” 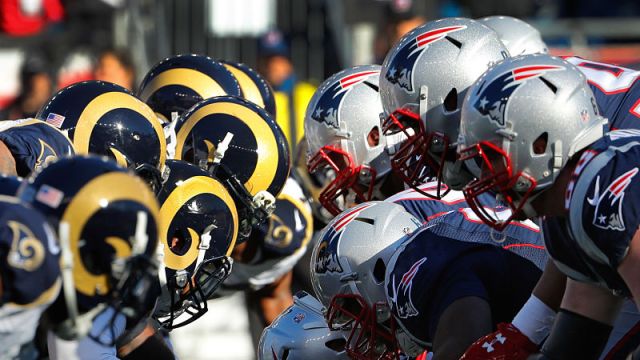