Sean McVay is in the minority when it comes to the no-call seen around the world Sunday afternoon at Mercedes-Benz Superdome.

The Los Angeles Rams should have been flagged for pass interference after Tommylee Lewis was trucked by Nickell Robey-Coleman with the game tied and less than two minutes left on the clock. But the NFC Championship Game instead went into overtime and Los Angeles kicked the game-winning field goal to punch its ticket to Super Bowl LIII.

Had the referees threw a flag on the 3rd-and-13 in the fourth quarter, however, New Orleans would have been awarded a first down and the team could have bled the clock and kicked the game-winning field goal in regulation. Saints head coach Sean Payton understandably was upset with the no-call, but the Rams head coach didn’t see a problem with Robey-Coleman’s hit.

?I thought it was a bang-bang type play,” Sean McVay said after the win. “The one thing I respect about the refs today is that they let the guys compete and they let the guys play. I thought Nickell Robey made a nice play. They snapped it on a quick snap, had a little wheel route coming out of the backfield. Thought it was a competitive type play. Certainly I?m not going to complain about the way that was officiated. I thought that it was a competitive play.?

Robey-Coleman, though, was pretty confident a flag should have been thrown.

He hadn't seen it, so I showed Nickell Robey-Coleman the replay of his hit on Tommylee Lewis. "Oh, hell yeah," he said. "That was PI." While admitting that, he also gave a fascinating, entirely convincing breakdown of why and how it was a smart play.

Robey Coleman: ?Yes, I got there too early. I was beat, and I was trying to save the touchdown.

Not only did Robey-Coleman save the touchdown, he got away with blatant pass interference. Regardless, the defensive back and the rest of the Rams wait to see if they will face the Kansas City Chiefs or New England Patriots on Feb. 3 in Atlanta. 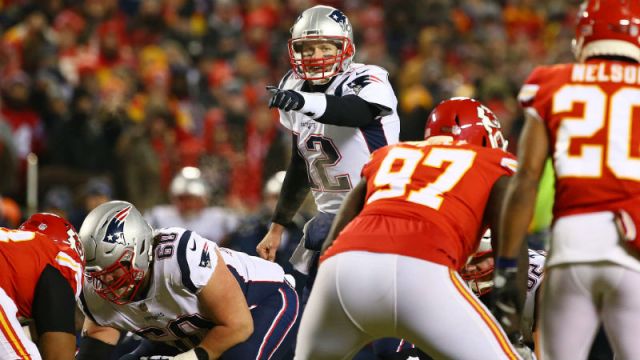