Rob Gronkowski may or may not be calling it quits after this season, but Tom Brady doesn’t have any inside information.

Gronkowski flirted with retirement last offseason and reportedly will sit down and go over his options again after this season with the retirement being the most likely outcome.

Brady was asked about Gronowski’s potential retirement Monday on his weekly interview with WEEI’s “Mut & Callahan,” but if the 41-year-old quarterback knows anything he wasn’t spilling.

?I don?t know. I don?t know,” Brady said, as transcribed by WEEI. “Again, Gronk and I have never talked about it. He knows how I feel about him. He has been just a great person and player for us, and teammate and friend. It?s amazing what he has accomplished. We haven?t talked about it. Everyone makes different choices at the end of every season. I love playing with him.?

After the New England Patriots 41-28 victory over the Los Angeles Chargers on Sunday, Gronkowski was asked about the report, but the tight end only was focused on the Patriots’ next opponent: the Kansas City Chiefs.

“I was focused on LA the whole game, and it?s going to be the same thing this week,” Gronkowski said after the game. “I?m all-in right now. We?ve got the Kansas City Chiefs now. It?s going to be another week of preparation, and I haven?t thought about anything like that. So we’ve just got to go all-in, keep our focus and keep on doing what we?ve got to do, and I?ve got to keep on doing what I?ve got to do to help this team out to win next week.”

Gronkowski caught one pass for 25 yards in the Patriots’ win over the Chargers and was instrumental as a blocker in New England’s run game.

Brady and the Patriots will need a fully operational Gronkowski on Sunday in the AFC Championship Game if they want to get past their subpar road record and the high-powered Chiefs to secure a berth in Super Bowl LIII.

A loss at Arrowhead Stadium, however, could be the final chapter of Gronkowski’s Hall of Fame career. 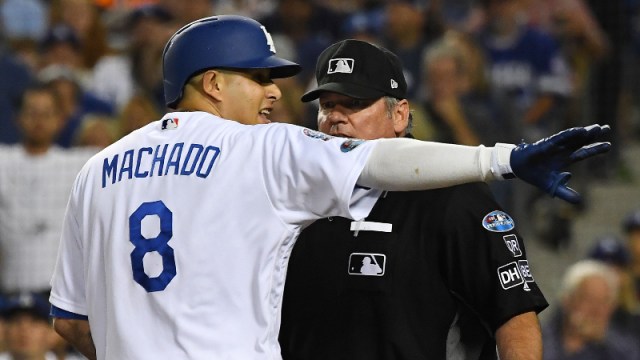