FOXBORO, Mass. — Like football fans across the nation, Tom Brady spent the early portion of the 2018 NFL season marveling at Patrick Mahomes and the rest of the Kansas City Chiefs’ offense.

Ahead of Sunday’s AFC Championship Game between the Chiefs and New England Patriots, Brady recalled some of his early impressions of Mahomes and Co.

“He?s had really a spectacular season,” the 41-year-old Patriots quarterback said of his 23-year-old Kansas City counterpart. “I remember seeing the (Los Angeles Chargers) game earlier in the year — I think that was their opener — and they played so well. And then they went to the Steelers, and everyone thought, ?Man, the Steelers are going to have this great season,? and it was 28-whatever right out of the box in Pittsburgh. I started watching like, ?Holy cow, how are they doing these things?? ”

The Chiefs knocked off the Chargers 38-28 in Week 1, then outgunned the Steelers 42-37 at Heinz Field the following Sunday. Mahomes’ stat line in those two games: 10 touchdowns, zero interceptions.

“And then you watch some of the plays that they were making and just explosive play after explosive play, and Patrick, obviously, making these great throws to Tyreek (Hill) and Sammy (Watkins) and (Travis) Kelce,” Brady continued. “They were running the ball to Kareem Hunt at that time. And they just kept it going all year, and they?re really hard to stop all the way across the board. They had just game after game of this huge productivity, and I think that?s what every offense tries to emulate — consistently, week after week, creating these explosive plays.”

“Some of it is really player-driven,” Brady said. “Some of it?s the scheme and the plays driven. But Coach (Andy) Reid does such a great job of changing things up and giving a defense different looks and I think just the dynamic aspect of that offense. And then we played them in Week 6 and saw it firsthand how quickly they can score and how quickly Patrick runs around and throws it to Tyreek and whatever, 70-yard touchdown.”

In that Week 6 game, which the Patriots won 43-40 at Gillette Stadium, Mahomes threw a 75-yard touchdown pass and another 67-yarder to Hunt, who has since been released. After being held to just nine points in the first half, the Chiefs exploded for 31 after halftime, forcing Brady to stage a late rally that culminated in a last-second, game-winning field goal.

“I think that was great to play them earlier in the year and get a feel for some of that,” Brady said. “Hopefully, we can all learn from it and take the things from that game that we?ve learned from and go out there and use them and try to play our best game of the year. This is a good time to do it.” 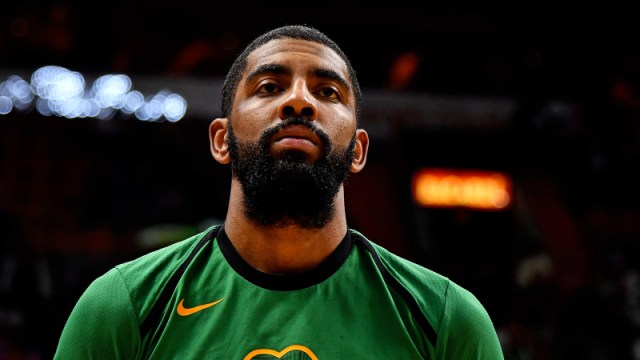