Of all the very important things both teams will be worrying about in the lead-up to Super Bowl LIII, the design of their uniforms is very, very far down the list.

The New England Patriots didn’t care that beating the Kansas City Chiefs in the AFC Championship Game made them undefeated against teams wearing a Ronald McDonald color scheme on Jan. 20 in the 21st century. The Los Angeles Rams didn’t give a second thought to being the first team to beat an opponent with a 40-year-old quarterback wearing a Fleur-de-lis on his helmet for the NFC crown.

And yet … maybe they should have.

Depending on how much of a jersey nerd you are, Paul Lukas’ Super Bowl Preview over at Uni-Watch will be either extremely interesting or extremely dumb. There’s no denying the work that reader Jay Braiman put in, though, in excavating a pile of uniform-related trivia.

And the news, like most things on a football field, tends to tilt in New England’s favor.

Among the random tidbits that bode well for the Patriots:

-The Rams are 0-2 all-time in Super Bowls against teams wearing non-white pants.
The Patriots will wear white jerseys with blue pants in Super Bowl LIII.

-Four of the Patriots’ five losses in the Super Bowl came to teams with letters on their helmets: Chicago Bears, Green Bay Packers, New York Giants (twice). Besides the Philadelphia Eagles last year, the Patriots have won every other Super Bowl against teams without letters on their helmets: St. Louis Rams, Carolina Panthers, Eagles, Seattle Seahawks, Atlanta Falcons.
The Rams’ helmets are navy blue with yellow ram horns — no letters.

That settles it. Why even play the game?

Well, not everything dug up by Braiman paints a perfect picture for the Patriots.

“The Patriots are the first team to have Super Bowl rematches against three different teams,” Braiman noted. “They lost the first two.”

Compared to whether the opponent has letters on its helmets, this last piece of information amounts to hard-hitting football analysis. So Patriots fans had better hope that it all comes down to not wearing white pants. 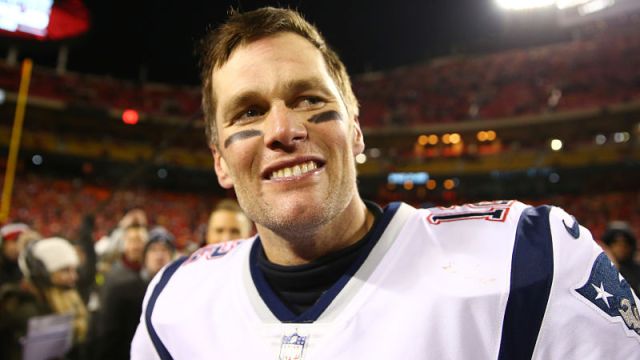 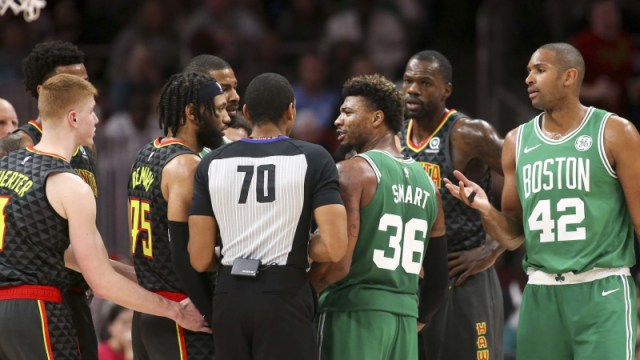 Celtics’ Marcus Smart Fined, Not Suspended, For Incident Vs. Hawks