ATLANTA — The New England Patriots typically like to “ignore the noise,” but the 2018 team is seemingly feeding off of it.

And that’s not a bad thing. “Noise” can be a source of motivation as long as it doesn’t create a distraction.

Mic’d up segments from the Patriots’ AFC Championship Game win over the Kansas City Chiefs showed players screaming “you’re too old” and “you’re too slow” at one another.

This Patriots team is both internally and externally motivated as they head into Super Bowl LIII against the Los Angeles Rams. So, we asked a large swath of players what gives them a chip on their shoulder or motivates them at this point in their careers.

For some players, it’s perceived slights throughout their careers.

LB Kyle Van Noy: “I was labeled as a bust. I feel like I’ve been playing pretty well here. And still no one knows who I am. I have a chip on my shoulder for that. I have goals that I want to be a Pro Bowler. If you look at my stats compared to other guys, you could make an argument-type deal, but it doesn’t matter. That stuff doesn’t matter, because I’m more for the team. Those are just individual goals I have, but more importantly, I’m in the game that I want to be in and that we want to be in, and that’s all that matters.

LT Trent Brown: “I mean, I’ve been disrespected, I feel like. I got drafted in the seventh round. A lot of naysayers out there, doubters, lying on my name, saying I’m a problem, I’m a cancer-type deal. But it’s the complete opposite. And I just gotta prove all of them people wrong and prove everybody that’s loved me and showed love right.”

CB Jason McCourty: “Everything. I’ve been traded. I’ve been released. Got drafted 203rd in the draft. It just depends upon the day. You’ve got a wife, you’ve got kids. You have pride. There’s just so much I think at the end of the day, you just think, ‘Man, I’ve been blessed for this opportunity. Why wouldn’t I make the most of it?'”

CB JC Jackson: “I just love the game of football. That’s the No. 1 reason. Just going undrafted. I feel like a lot of people doubted me. I still think about that to this day, like, ‘Man, so many people doubted me, man.'”

WR Chris Hogan: “Undrafted. No one seems to think that I can be a starting receiver in this league. I’ve had that mentality since the day that I wanted to play football. That’s kind of something that I’ve really carried with me my entire career. And I’m going to continue to do that because I think that’s really what’s allowed me and willed me to continue to play in this league even when things were not going my way, whether it was getting cut four separate times and continued to just be the underdog in every single training camp that I’ve ever been in.”

DT Danny Shelton: “For me, being inactive for four games. That’s something that I take to heart because I’m a competitor. And so when I’m not out there with my guys, it hurts, but at the same time, I’ve got to continue to prepare each week, each day like I’m going to be playing that week. What happens, happens. I’m going to continue to work every week, every day and have that mindset that I’m going to be competing for a spot, competing for playing time. When that time comes, I’ll be ready.”

TE Stephen Anderson: “Everything gives me a chip on my shoulder. Just when I think I’m going to run out, I get some new ones. My newest one is the fact that I was released by Houston. I kind of feel like I’m still overlooked talent-wise, and that kind of gives me my chip. My chip before that was the fact that I walked on in college and didn’t receive any scholarships. I think it’s going to be continuous throughout my whole career. I feel like everyone in there has felt overlooked. Tom’s a perfect example — sixth round, overlooked, and now he’s going for six (titles). I feel like I’m always going to have a chip and I just can’t wait to get out there and be able to prove myself.”

QB Brian Hoyer: “For me, there’s always a chip on my shoulder because I’ve dealt with a lot of adversity over the years. I feel like I always remember that. Whether it’s not getting drafted, or getting cut, or getting benched, whatever it might be, I feel like I just carry that out there with me every time I play football.”

LB Ramon Humber: “Being undrafted. Any time you’re undrafted, you’ve always got a chip on your shoulder. It motivates me every day.”

S Obi Melifonwu: “Just really achieving greatness and trying to be the best. Every day, you have to come in here to get better at something. I’m a strong believer in if you’re not getting better at something, you’re getting worse, so to be in this position and to come this far, you definitely have to have something that’s deep inside that nobody can really push you to be great or do things to the best of your ability. That’s something that you have to push yourself. What motivates me and gives me a chip on my shoulder is I wasn’t highly recruited out of high school. I had one offer to UConn. So, that’s definitely something that’s given me a chip on my shoulder.”

DE Trey Flowers: “I just think about everybody who doubted me back in my career or whenever. Everybody who didn’t think I’d get to this position. A lot of people who didn’t offer me, things like that.”

Last February is still weighing on one offensive lineman’s mind.

OT LaAdrian Waddle: “I think just for this game just the fact that we lost the last Super Bowl. We came this far last year, same situation. Happy to be where we are obviously, but some unfinished business.”

For others, it’s internal motivation.

FS Devin McCourty: “Old age, I would say. You go from trying to prove yourself to trying to just maintain and people thinking you don’t belong or the time’s passed. So, I would say you definitely still get a chip from that of what people think of you.”

WR Matthew Slater: “Oh man, there are a lot of things. I think the biggest one for me is still trying to prove that I belong in this league. A lot of guys look at a special teams player that’s been a career special teams guy and are like, ‘Well, why is he still on the team? What is he doing here? Like, what kind of value does he bring?’ So, I still try to earn my spot every day. Still trying to prove to myself and to those who don’t think I belong that I belong.”

LB Elandon Roberts: “I just always got that mentality. I feel like with me, I was always the underdog. It’s just I always take it that way. No matter how good I’m doing or how good everyone thinks I’m doing, I always just have that underdog mentality because what it took to get to this point. I don’t want to take my foot off nobody’s neck. As soon as you take that foot off the pedal, it’s like, you start declining or you’re back making the same mistakes or you’re just not doing what you usually do. I just keep that chip on my shoulder. Never be on any type of feeling myself or anything like that. Even when I am blessed enough to get to that performance level I want to be at, I still want to get better.”

QB Tom Brady: “I just love the competition and I love trying to improve and I think that?s what it comes down to.”

WR Julian Edelman: “When you become a pa, you have different priorities now and you?re not living for yourself, you?re living for someone else now. It?s pretty cool to go out and experience success and having your little human that?s just running around saying ?Da-Da? that doesn?t know anything is going on. She?s like a little good luck charm. It?s unbelievable when you get to see her after a game. The feeling has changed. My whole family?s been a part of my road with how close we are and to welcome her in, it just makes it bigger and better.”

C David Andrews: “There’s always someone out there trying to take your job, and that’s something Coach Belichick does a really good job of is him making sure you never lose that edge.”

OL Ted Karras: “I think just football in itself, being just a day to day business, you have to have a little bit of a chip to prove yourself. If you don’t have some sort of competitive stamina, you’re just going to get run out of the league.”

RG Shaq Mason: “Just the drive to be better. That honestly lights a fire under me. Just wanting to achieve more, wanting to be a better player, wanting to go out and execute things better. Just stuff like that drives me.”

LB Albert McClellan: “I wouldn’t say a chip on my shoulder, but it’s a lot of motivation that I have around me in my life that keeps me going. Typical family, typical names that you carry and titles that you carry of all the people that’s looking up to you and expecting something from you. You try not to let those people down. They help you out throughout your career.”

OT Marcus Cannon: “I wouldn’t say a chip, but the thing that keeps me going in the right direction is my faith. The faith in Jesus Christ and having God No. 1 in my life. Anything else, I wouldn’t say I have a chip. I know you have to work for everything.”

DT Lawrence Guy: “Every year is a new competition. Every year new people come in the league. Every year someone else is a new superstar rising. Every single time you step on the field, you should have a chip on your shoulder and try to play your heart out to be the best that you can in that moment.

DE Deatrich Wise Jr.: “I always play aggressively. I always want, I guess, I’m a true competitor. And that’s just truly what I am. I train every day. I learn from people around me what it takes to be the best at what you do. Until I’m seen at the best at my position, then that’s when I’ll continue to work.”

LG Joe Thuney: “Just trying to play hard every play. Just give it my all any time I’m out there. I just want to do the best I want to be. Just want to work every play, not take any plays off and get better.” 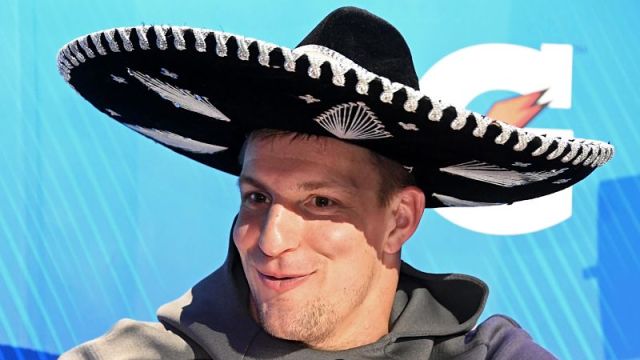 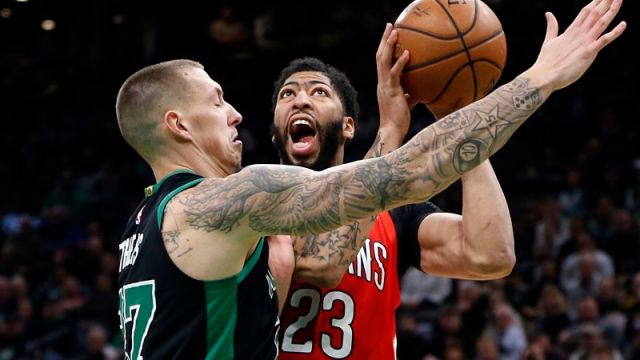