Why Skip Bayless Considers It 'A Privilege' To Watch Tom Brady Play - NESN.com Skip to content

Skip Bayless is one of the biggest Tom Brady supporters around, and even he couldn’t help but marvel at the 41-year-old quarterback’s performance Sunday in the New England Patriots’ 41-28 divisional-round playoff win over the Los Angeles Chargers at Gillette Stadium.

Brady was surgical as the Patriots scored 35 first-half points en route to a convincing victory that earned New England a date with the Kansas City Chiefs in the AFC Championship Game. He completed 34 of 44 passes for 343 yards with a touchdown and looked every bit like the best quarterback in NFL history.

Bayless said Monday on FS1’s “Undisputed” that it’s “a privilege” to watch Brady operate, especially with many critics claiming this season that the five-time Super Bowl champion’s best days are behind him.

"There's just one guy I don't bet against in all of sports, and that's the GOAT ? especially in Foxborough. I don't think Tom Brady has ever been better than he was yesterday. I saw deadly accurate lasers, sweet & deadly rainbows, the whole package from Brady." ? @RealSkipBayless pic.twitter.com/JXxqOZdvpC

Brady has had some hiccups this season, so it’s entirely reasonable to say he’s not the same player he’s been in years past. But he’s still an elite quarterback, made evident by Sunday’s showing against the Chargers, who actually posted a better record (12-4) than the Patriots (11-5) during the regular season.

The Patriots now have been to the AFC Championship Game in 13 of Brady’s 17 seasons as New England’s starting QB, including eight straight appearances. They have a chance this Sunday to punch their tickets to the Super Bowl for the ninth time with Brady at the helm.

Surprised? Bayless isn’t. Although it’s sometimes hard to fathom how Brady can continue to raise the bar when it comes to his gridiron greatness. 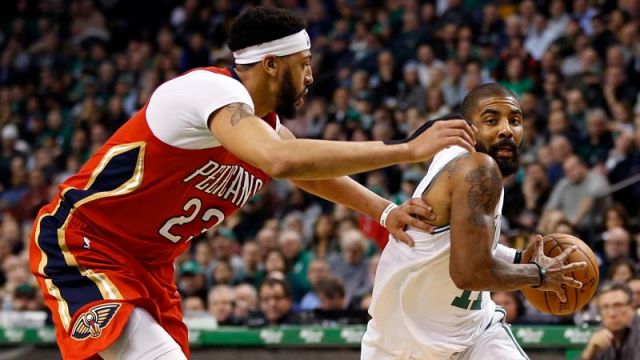