The New England Patriots will have a few needs to address at the 2019 NFL Draft. Whether it be wide receiver, defensive line or Tom Brady’s successor, the defending Super Bowl champions will have a few boxes to check come April.

While many expect the Patriots either to go quarterback or defensive line in the first round, their ideal draft target could be taken in the later rounds. Bleacher Report’s Gary Davenport pinpointed the ideal draft prospect for each NFL team and he thinks the Patriots should have their eyes on a receiver who likely will have his name called on Day 2 of the draft: Deebo Samuel.

If January’s Senior Bowl was any indication, South Carolina wide receiver Deebo Samuel fits that bill. To say that the 6’0″, 210-pounder was the star of the proceedings in Mobile is an understatement. Samuel got open at will in practices, showing excellent speed and change-of-direction skills.

He’s also a special teams standout who could serve as a two-for-one fill-in for free agents Chris Hogan and Cordarrelle Patterson.

The Patriots enter the offseason with only six receivers under contract. Julian Edelman and Matthew Slater are well known, even though Slater is a special teams ace and rarely sees the field on offense. The other four receivers — Riley McCarron, Braxton, Damoun Patterson and David Andrews — likely won’t factor into the Patriots’ long-term plans going forward. Berrios is the only one who might claim a spot, but he’ll have to prove he’s healthy first.

That’s where Samuel comes in.

With Chris Hogan, Phillip Dorsett and Cordarrelle Patterson possibly leaving in free agency, the Patriots will need a talented receiver who can come in and wear multiple hats. The 6-foot Samuel has the ability to be a factor both on offense and in the kicking game.

Despite poor quarterback play during his time at South Carolina, Samuel flashed talent, tallying 148 catches for 2,076 yards and 16 touchdowns while missing most of his redshirt junior season with a fractured fibula. The electric wide receiver was productive during his senior season, catching 62 passes for 882 yards and 11 touchdowns. Samuel showcased great route running and hands during his time in Columbia, and while he isn’t necessarily a burner, he does have the speed and agility to make people miss and pick up yards after the catch.

Samuel has the ability to be a productive receiver from the slot and outside. He’s a smart, physical receiver with big-play ability so don’t be surprised if the Patriots give him a look. 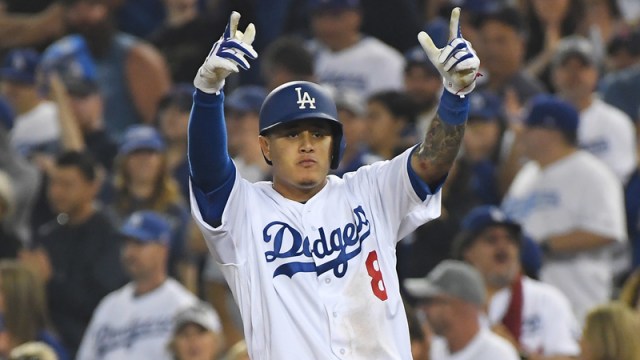 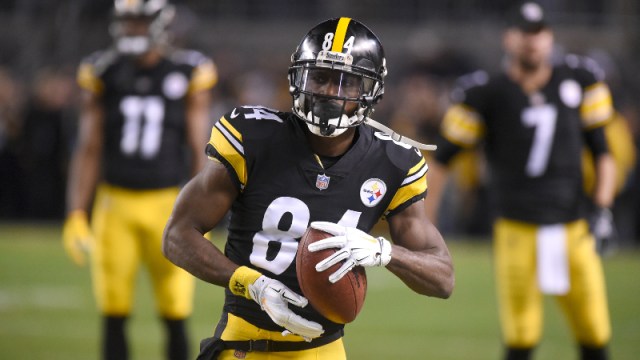 Antonio Brown, Steelers To ‘Move On’ After Star’s Meeting With Team Owner