BOSTON — It was an emotional opening faceoff at TD Garden on Tuesday night.

The Boston Bruins hosted “First Responder’s Night” — a night in which the organization recognizes EMT’s, police officers and firefighters alike for their services. The Black and Gold honored fallen Weymouth, Mass. officer Michael Chesna during the opening ceremonies, with Chesna’s wife and two young children dropping the puck before the Bruins’ game with the San Jose Sharks.

The captains of each team typically meet the honorees at the faceoff circle, but instead of Zdeno Chara skating out to center ice, the Bruins elected to send Weymouth, Mass. native Charlie Coyle to do the honors.

You can watch the emotional moment below:

It was an honor to have the family of fallen Weymouth police officer Michael Chesna participate in tonight's ceremonial puck drop on First Responders Night. pic.twitter.com/0MXAeCMpmn

Certainly a classy move by Bruins. 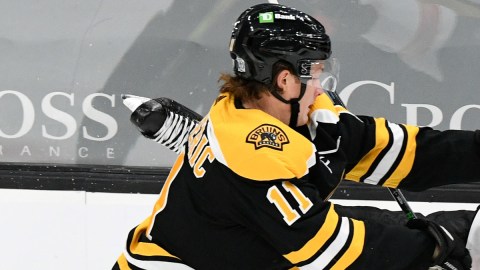 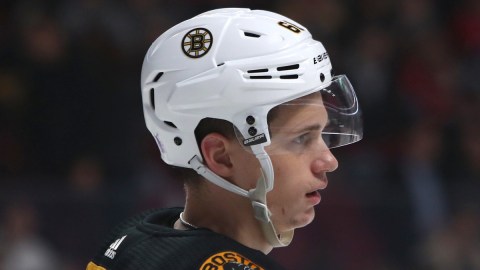