Chris Wagner tied the score up against the red-hot St. Louis Blues Saturday in the second frame.

The veteran center received the pass from Kevan Miller with no one in front of him but the goaltender, and buried it to even the score at one. Wagner’s game-tying goal was his ninth of the season.

Saturday’s contest between the Boston Bruins and Blues feature the two hottest teams in the league with the B’s winners of their last seven games, and St. Louis victorious in 11 of its last 12.

To hear NESN’s Billy Jaffe and Andy Brickley break down the Bruins’ goal, check out the “Berkshire Bank Exciting Rewind” in the video above. 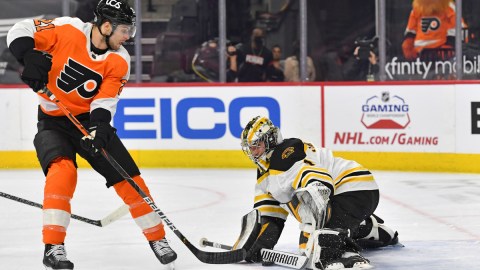