The Red Sox president of baseball operations still believes in having a closer despite a league-wide trend in which teams often use their best reliever in key spots rather than save him for the ninth inning.

So, what exactly does that mean for the Red Sox in 2019? Well, for now, it reflects Dombrowski’s confidence that Boston will find its new closer from within.

Dombrowski on Wednesday pointed to Matt Barnes, Ryan Brasier, Tyler Thornburg and even knuckleballer Steven Wright as potential options to close games for the Red Sox this season.

“I would think we would, but it’s not imperative,” Dombrowski told reporters at Red Sox spring training in Fort Myers, Fla., of whether he anticipates Boston officially naming a closer before Opening Day. “I’ve seen clubs that haven’t done it, but I think normally somebody steps up. I think we have enough talent to do it, but you know, the game’s changed sometimes.

“I can tell you that I was just listening to one report that said their manager chooses to not have one, that he wants to pitch guys with two innings and be able to do that. That’s not necessarily our thought process, but I can’t tell you that doesn’t evolve. But right now, we’re looking to have a closer when we leave camp.”

Whoever steps up over the next few weeks will have big shoes to fill. Kimbrel struggled during the Red Sox’s 2018 playoff run despite Boston winning the World Series, but his track record is undeniable.

The seven-time All-Star is one of the best closers in Major League Baseball history. He has saved at least 30 games in each of the past eight seasons, reaching the 40-save mark five times, and has finished in the top nine in Cy Young voting on five different occasions.

“Anytime you say you’re going to replace a player of Craig Kimbrel’s caliber with the type of talent he has, you just don’t — it’s not easily done,” Dombrowski told reporters Wednesday at JetBlue Park. “He’s a, to me, a future Hall of Fame reliever and one of the best closers in the game. But sometimes other guys get the opportunity and they step up.

“We have people like Barnes, Brasier, that we both think have the abilities to do so. Thornburg has been a good closer in the past. We’ll see how he is in the spring. His health is fine. We’ll see if he can bounce back. Nobody has really seen, to me, Tyler Thornburg that was out there before he joined in Milwaukee. I know everybody is critical of the situation. I understand how things go. But this guy was a really good pitcher. He’s healthy. He feels great.

“Steven Wright is a possibility of a guy, depending on how his health is. So we feel we have some internal options to go ahead and do that. Of course we’ll still keep an eye on what’s taking place outside the camp, but we think our answers come from within.”

?The depth we have in our bullpen we like,” Dombrowski said. ?We like some of the young arms coming. And so for us, it doesn?t necessarily seem that. We need someone to step up and close games. But to the free agent market out there, we?re not a very appealing situation for those opportunities because they look at us as having established guys out there (in our bullpen) that have done a good job. When you start looking at the names that are out there, we go more than 12, 13.”

The Red Sox will have a new closer in 2019, unless their stance on Kimbrel changes. We don’t know at this point who will land the role, but the audition is filled with familiar faces. 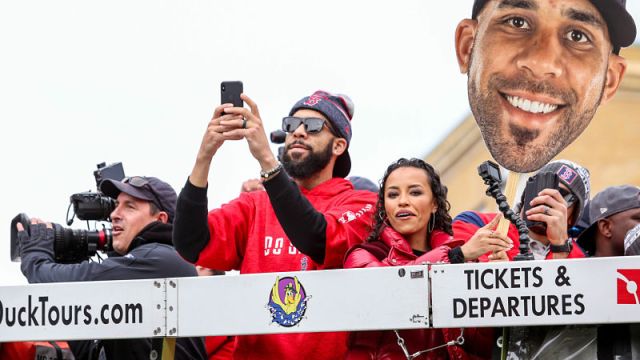