Here's Who Latest NBA Mock Draft Has Celtics Taking In First Round - NESN.com Skip to content

It might seem far away right now, but before we know it, the 2019 NBA draft will be upon us.

And it’s never too early to start peeking at mock drafts.

The Boston Celtics could be busy this year at Barclays Center. As the standings currently sit, the Celtics would have the Nos. 14, 19 and 23 picks in the draft. Although they won’t be able to draft budding stars Zion Williamson and R.J. Barrett of Duke, there still are plenty of good options on the board for Boston.

In the latest NBA mock draft, Sports Illustrated has the Celtics taking Keldon Johnson from Kentucky at No. 14, which Boston would receive from the Sacramento Kings. The freshman guard is averaging 13.6 points and 5.7 rebounds per game while also adding 1.6 assists per game.

Johnson has helped lead Kentucky to a 24-4 overall record and 13-2 mark in the SEC. The No. 4-ranked Wildcats have managed to boost their lineup with the help of Johnson, the team’s third-leading scorer.

SI noted that although Johnson’s ceiling isn’t very high, he’s a very versatile player and is known as a “jack-of-all-trades.”

With the 19th overall pick the Celtics will receive via the Los Angeles Clippers, the C’s could draft another Kentucky product, P.J. Washington. The sophomore forward is Kentucky’s leading scorer with 15 points per game.

If Marcus Morris does not re-sign with the Celtics during the offseason, Washington could be a good replacement for him. The 20-year-old has terrific rebounding skills while also being able to put up some big points when needed.

The 23rd pick in the draft is the Celtics’ own pick, and they might just have to go with Luguentz Dort of Arizona State. Dort has been tearing it up in his first season with the Sun Devils, averaging 16.4 points and 4.6 rebounds per game.

Although Dort has some noticeable flaws in his game, his ability to drive to the net and score makes him an intriguing first-round pick, according to SI. With his skill and physicality, Dort would be hard to pass on late in the first round.

With the Celtics having three first-round picks, they have the ability to draft some very talented players for the future.

Get the best March Madness betting lines and follow all the future NBA stars at Skybook.ag. 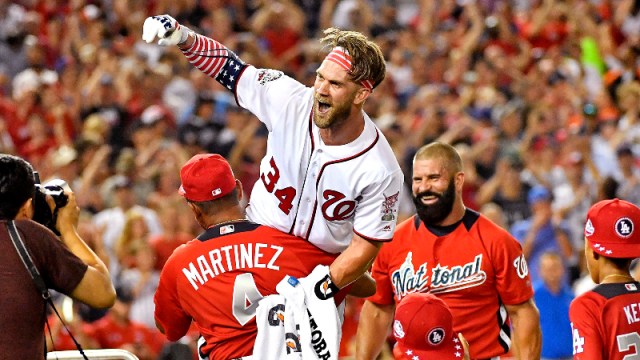 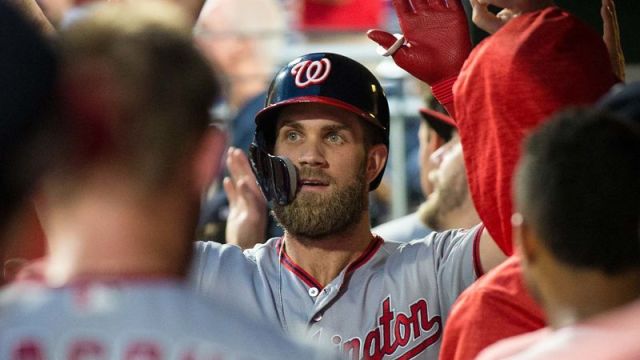 Twitter Flips Out Over Bryce Harper’s Reported Deal With Phillies