The Boston Red Sox will enter the 2019 Major League Baseball season as reigning World Series champions, but they won’t be resting on their laurels.

Not long after the Red Sox took down the Los Angeles Dodgers in last year’s Fall Classic, Alex Cora stressed his team must “turn the page” if they hope to repeat as champions. Because the scary thing is, Cora believes his club can be even better in the upcoming season than it was in 2018.

And yes, that includes the reigning American League MVP.

It’s tough to imagine Mookie Betts playing any better than he did last season, but his manager believes there’s one facet of the star outfielder’s game that could use improvement.

“We have a group that — I do feel that we can improve a few things we did last year and some things we didn’t do last year,” Cora said in a sit-down interview with NESN’s Tom Caron. “I still think Xander (Bogaerts) can be a lot better defensively. Mookie Betts can be a better second-half hitter than last year. J.D. (Martinez) … I don’t know if he can get better.”

Given Cora’s keen eye for the game, we have a feeling he can find an area of improvement for Martinez, too.

The Red Sox were a relentless ballclub last season, and if that fire still burns, spring training should serve as a great opportunity to refine their games. And if those improvements bear fruit this season, the rest of the league might be in trouble.

NFL Rumors: Steelers Will Not Trade Antonio Brown To Patriots 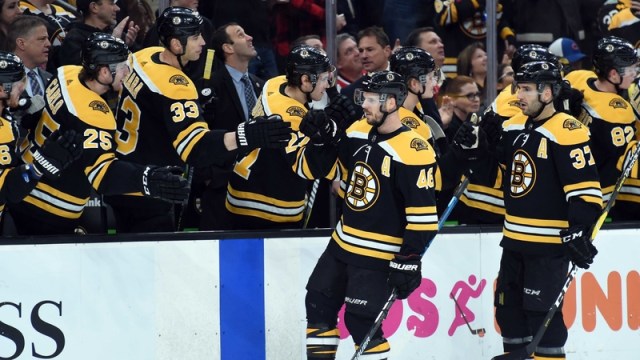