ATLANTA — Some of the New England Patriots’ most important defensive contributions in Super Bowl LIII came courtesy of a player who wasn’t part of the original game plan.

Safety Duron Harmon has been a pseudo-starter for years for a Patriots team that typically loves its big nickel package, but he logged just two defensive snaps in the AFC Championship Game and hardly saw the field in the first half Sunday against the Los Angeles Rams

In a surprise move, the Patriots opted to use cornerback Jonathan Jones at safety alongside Devin McCourty and position strong safety Patrick Chung at linebacker for the first two quarters of their 13-3 Super Bowl victory at Mercedes-Benz Stadium. An injury to Chung altered that plan.

After friendly fire from Jones less than a minute into the second half left Chung with a broken forearm, Harmon was thrust into action. He took over as the deep safety on passing downs, with McCourty shifting closer to the line of scrimmage. (In rushing situations, middle linebacker Elandon Roberts came on to the field and McCourty stayed deep.)

“(My role) changed a lot,” Harmon said after the game. “I went from just playing on third down a little bit to being out there in critical situations. We always talk about on this team that ‘next man up’ mentality, and I wanted to make sure that I did everything I could to make sure that I played good football in honor of (Chung).”

He did just that.

Minutes after the Patriots scored what proved to be the game’s lone touchdown on a 2-yard Sony Michel rush midway through the fourth quarter, Harmon was involved in two of the game’s pivotal plays.

They came in rapid succession. On the first, he leveled former Patriots wide receiver Brandin Cooks at the goal line, jarring the ball loose to prevent what would have been a game-tying touchdown catch.

“Everybody knows I try to make my plays in the middle of the field, sideline to sideline,” Harmon said. “I think it was just an opportunity for me to not give up on the play, play as hard as I can and give the defense a chance to get to second down. And that’s what I did.”

On second down, Harmon — who rarely dishes out big hits or plays near the line — blitzed. McCourty did, as well, occupying running back Todd Gurley and giving Harmon a clear lane to Rams quarterback Jared Goff.

Goff had to throw off balance over the onrushing defensive back, and his pass hung in the air, eventually falling into the waiting arms of cornerback Stephon Gilmore at the Patriots’ 3-yard line.

“I timed it up perfect,” Harmon said. “The hole was wide open. I did a good job of just trying to get in the quarterback’s face, put pressure on him. And literally, I fell. I think I just tripped over somebody’s foot. But then I just heard the roar, and I knew for sure that roar was for the Patriots.”

The Patriots kicked a field goal on the ensuing drive to ice the game.

“That’s the Closer, man,” cornerback Jason McCourty said, referencing Harmon’s nickname. “Duron has made so many plays throughout his career here, game-sealing interceptions. These are huge plays, not only this season, but his whole career.

“When he goes in, no one bats an eye. It’s not like, ‘Oh, man, Duron’s in the game.’ This guy has played so much meaningful football, and he’s winning another Super Bowl. Not new to this. He stepped right in in the moment.”

McCourty also foiled a potential touchdown earlier in the game, sprinting across the field to slap the ball away from a wide-open Cooks. The Patriots’ defense as a whole put on one of the best performances in Super Bowl history, holding the Rams’ second-ranked offense to just one field goal and 260 total yards. 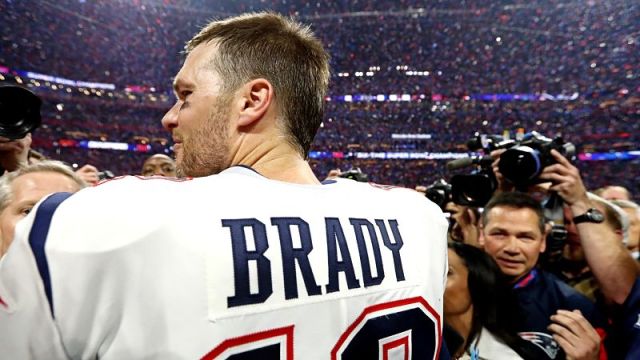 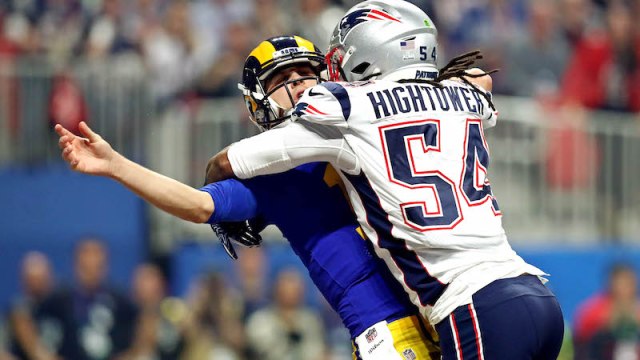