Time will tell if the New England Patriots’ secondary features the brothers McCourty next season.

Devin, who teased retirement prior to Super Bowl LIII, plans to return in 2019. But what of his brother, Jason, who was one of the heroes of New England’s victory over the Los Angeles Rams?

First of all, don’t expect the 31-year-old Jason to hang up his cleats.

Jason was a surprise contributor for the bulk of the 2018 season, providing stability and leadership while playing multiple positions in the secondary. And if he has it his way, he’ll be back for more next season.

?First and foremost, if I could be back in New England and all of that works out, that would be awesome,? he said. “That way it wouldn?t be the third consecutive year I had to move my family. That would be an advantage. But at the same time you realize how much of this is a business and how much of this isn?t dictated by (the feeling), ?Hey, I just want to play here with my brother and the guys I built a relationship with.? There?s so much more that goes into it.

Added McCourty: ?For me, (the approach will be) letting it play out. When March rolls around we?ll see where everything?s at and then at the end of the day we?ll see where the opportunities are and then make a decision.?

Jason will be an unrestricted free agent when the new NFL league year begins March 13. So, it’s entirely possible he signs elsewhere. 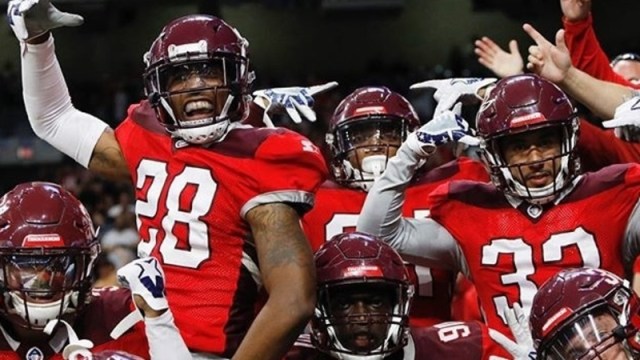