Kyrie Irving Can't Wait For 'B.S. About Regular Season' To Be Over - NESN.com Skip to content

BOSTON — While there certainly were reasons to be encouraged following the Boston Celtics’ 97-92 loss to the Portland Trail Blazers on Wednesday, it still nonetheless was another notch in the wrong side of the ledger.

Boston now has lost four straight games, its worst stretch of the season. The Celtics now are 2 1/2 games behind the fourth-place Philadelphia 76ers, and it seems the best Boston could do at the moment is rally to the No. 3 seed in the Eastern Conference. But even that will take a big turnaround down the stretch.

One person who doesn’t seem overly concerned about the stands is Kyrie Irving. In fact, the standings are an afterthought for the star point guard.

“You can’t worry about the standings now, it’s too late in the season,” Irving said. ” … As long as we get there.”

It’s been a trying week for the C’s, particularly Irving, who was held to seven points against the Toronto Raptors and was incredibly brief with media after the game. Irving was a bit more open Wednesday but made it clear he is ready to move on entirely from the regular season.

Irving is well aware of the potential the Celtics’ roster possesses, and given how the team performed in last year’s playoffs without him or Gordon Hayward, the point guard seems confident the Celtics can flip the switch.

But if the playoffs started today, we’re not sure many Celtics fans would feel the same way. 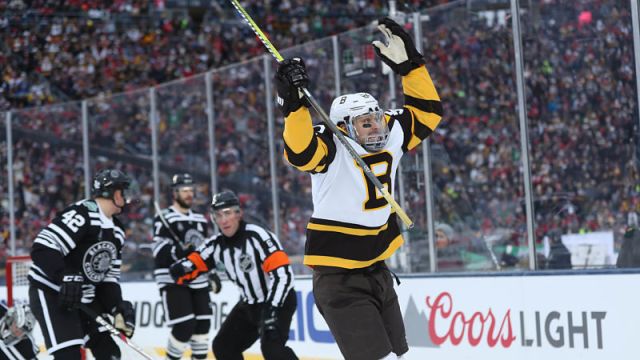