The J.T. Realmuto trade saga finally is over.

The Miami Marlins traded the All-Star catcher to the Philadelphia Phillies on Thursday.

Miami will receive 23-year-old catcher Jorge Alfaro and pitching prospects Sixto Sanchez and Will Stewart, as well as international pool money, in exchange for Realmuto.

Many consider Realmuto the biggest name on the offseason trade market, and at least six teams reportedly inquired about trading for him since he rejected the Marlins’ contract offer in October. He now moves to his new team just six days before pitchers and catchers report to spring training.

Sanchez is thought to be the Marlins’ prized acquisition in the Realmuto trade. The 20-year-old right-handed pitcher has reached just the High-A level, but Baseball America lists him at No. 13 among all prospects.

?But his stuff?s electric,” a National League scout told the Miami Herald’s Clark Spencer and Jordan McPherson. “He commands the strike zone and he doesn?t try to strike everybody out. He?s not afraid of contact, and that?s the thing that?s impressive with a young kid. But when he gets to two strikes, you see some devastating stuff.?

Alfaro satisfies the Marlins’ reported desire to land an MLB-ready catcher in any Realmuto trade. Alfaro hit .262 with 10 home runs in 108 games last season. He won’t be eligible for free agency until 2024. 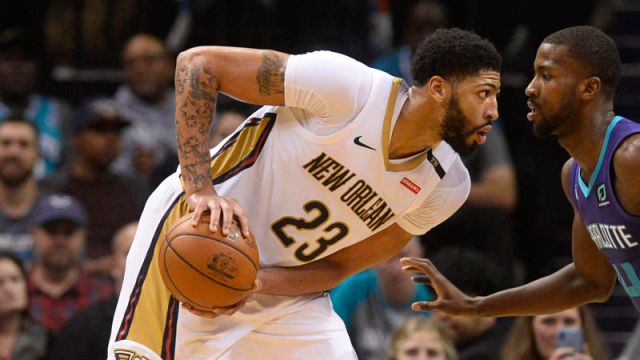