NBA rumors have been flying all over the place this week — right before the NFL’s Super Bowl, no less — and the Boston Celtics are right in the thick of the action.

The Celtics have been linked for a while to Anthony Davis, although they can’t trade for the New Orleans Pelicans superstar until after this season, per the NBA’s “Rose Rule” (explained here) — unless, of course, they trade Kyrie Irving, whose long-term future hangs in the balance.

Irving said back in October he plans to re-sign with Boston upon hitting free agency this offseason, but the All-Star point guard changed his tune Friday, telling reporters, “Ask me July 1.”

It’s now fair to wonder whether the C’s will begin the 2019-20 season with neither Irving nor Davis. Or they could wind up with both. Welcome to the NBA.

NBA insider Chris Mannix reported Friday, citing sources, that the Celtics remain confident about re-signing Irving this summer despite his comments. Acquiring Davis — which would require the Pelicans to wait until the offseason to trade him — could be the key to Boston’s efforts, though.

Boston continues to be confident about re-signing Kyrie Irving this summer, per sources. But make no mistake: They understand that adding AD may be the only way to guarantee he stays.

This is potentially problematic for the Celtics for two reasons: 1) The Pelicans could deal Davis before the Feb. 7 NBA trade deadline — to the Los Angeles Lakers or New York Knicks, perhaps? — and not give Boston an opportunity to offer the best package this offseason. And 2) Davis, who can become a free agent after the 2019-20 season, reportedly doesn’t view Boston as a preferred long-term destination.

The bottom line is the Celtics once looked like they had the basketball world at their fingertips, chock-full of young talent and draft capital one season after nearly reaching the NBA Finals without Irving and Gordon Hayward. Now, they still might. But their future is much cloudier than before. 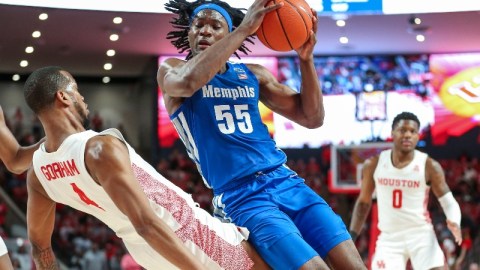