Somewhere in New England, the champagne still is flowing in celebration of the Patriots’ Super Bowl LIII win over the Los Angeles Rams.

But it won’t be long before the Pats get back to work — if head coach Bill Belichick hasn’t already — and the 2019 NFL Draft will be here before you know it.

The Patriots own the No. 32 overall pick (the final selection of the first round) thanks to their 13-3 Super Bowl victory over the Rams, and there are several areas New England could choose to address this offseason in its quest to repeat as champions.

ESPN’s Todd McShay released his second mock draft Thursday, about two and a half months before teams take to their respective war rooms on April 25. It’s his first mock draft since the Patriots’ Super Bowl triumph, and he has New England going defense with its first-round selection.

McShay predicts the Patriots will select Gerald Willis III, a defensive tackle out of Miami.

Here’s what he wrote about the projected selection:

Trey Flowers, Malcom Brown and Danny Shelton will go to free agency, so the champs will likely address defensive line this offseason. Willis has quick hands and lots of power at the point of contact. If the Patriots opt to go another way, they could look for an heir to Tom Brady or another tight end (Noah Fant?).

As McShay notes, it’ll be interesting to see if/when the Patriots pick a quarterback in the draft. Many expected New England to choose Tom Brady’s successor last year, but the Patriots instead didn’t select a quarterback until the seventh round (No. 219), at which point they called Danny Etling’s name.

Etling spent the 2018 season on New England’s practice squad and signed a reserve/future contract with the Patriots earlier this week. Brian Hoyer, acquired when the Patriots traded Jimmy Garoppolo to the San Francisco 49ers at the 2017 NFL trade deadline, served as Brady’s backup.

Brady showed some signs of regression in his age-41 season, but he still delivered down the stretch and in the playoffs as the Patriots won their sixth Super Bowl title in franchise history. There’s no reason to think he won’t have a few more tricks up his sleeve in his age-42 campaign, so perhaps the Patriots should prioritize their defense in this year’s draft, as McShay suggests. 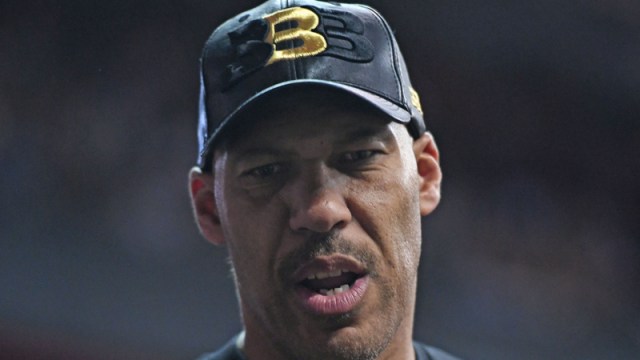