The New England Patriots will head into the 2019 season with just one defensive position coach left over from the 2018 season. For a team that has thrived off continuity since Bill Belichick took over as head coach in 2000, this is a sneaky big deal.

Only safeties coach Stephen Belichick remains from the 2018 staff. Linebackers coach/defensive playcaller Brian Flores and cornerbacks coach Josh Boyer are off to the Miami Dolphins. Defensive line coach Brendan Daly reportedly is headed to the Kansas City Chiefs. Coaching assistants like DeMarcus Covington, Mike Pellegrino and possibly Brian Belichick will have to step up in their stead. The Patriots also reportedly are hiring Greg Schiano as defensive coordinator.

Since there’s so much turnover on the coaching staff, it now should be considered essential to retain as many defensive players as possible from the 2018 unit that stymied the Los Angeles Rams in Super Bowl LIII, holding the high-powered offense to just three points.

The most important free agent is defensive end Trey Flowers. If the Patriots re-sign Flowers, he likely will take up most of their available $18 million in salary-cap room. The Patriots showed a willingness to pay up for crucial defensive players in the past when they re-signed defensive tackle Vince Wilfork, safety Devin McCourty and linebacker Dont’a Hightower. Given his position, Flowers likely will be pricier than those players of the past.

Other defensive contributors heading into free agency are defensive tackles Malcom Brown and Danny Shelton, cornerback Jason McCourty and defensive end John Simon. It shouldn’t prove overly difficult to re-sign any of those four players. It seems more likely McCourty and Simon would be back than Brown and/or Shelton.

Both players wound up having solid 2018 seasons.

Hightower wasn’t quite the same playmaker he had been in years past — until the Super Bowl when he had two sacks. But he played 15 regular-season games for just the second time in his NFL career. He brought pressure at a high rate and showed positional versatility, able to play inside and outside linebacker and on the edge as a pass rusher. He saved his best football for the postseason when he had 16 pressures on just 80 pass-rush snaps for a 20 percent pressure rate.

McCourty had a tough stretch in Weeks 5 and 6 when he let up four touchdowns in two games, but he otherwise had a very strong season. He allowed just one 10-yard reception in three postseason games. He was Pro Football Focus’ fifth-ranked free safety in 2018.

In an ideal world, the Patriots would get Hightower and McCourty to agree to pay cuts or convince them to turn base salary into money earned off of not-likely-to-be-earned incentives. But even if they can’t reach that agreement, it might be worth keeping both players around for what they do on and off the field.

Hightower is one of the defense’s best communicators, and his work with younger and less experienced players helped the Patriots’ defense turn around its early struggles. McCourty is versatile, adaptable and the primary communicator in a Patriots secondary that can completely shift identities on a dime.

The Patriots do have other means to open up cap room, as well. Cutting tight end Dwayne Allen would free up $7,306,250. Cutting defensive end Adrian Clayborn, who was a healthy scratch in two games this season, would open up another $3.9 million. If tight end Rob Gronkowski retires, that’s another $9 million in cap room. Quarterback Tom Brady carries a $27 million cap hit that would be brought down considerably with a contract extension.

Even simply cutting Allen and Clayborn would mean the Patriots could enter the offseason with nearly $30 million in cap space.

The Patriots typically like to be a year too early rather than a year too late in letting players loose. But with Flores, Boyer and Daly gone, the Patriots might need McCourty and Hightower’s leadership just as much as their play on the field. 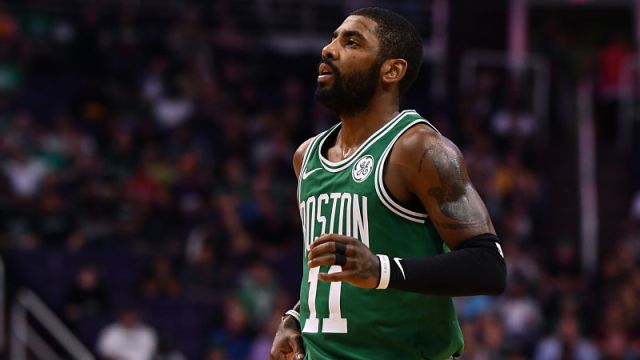