Julian Edelman never has been named to the Pro Bowl, but the veteran wide receiver added two far more important accolades to his résumé Sunday night.

Edelman — who missed the entire 2017 season with a torn ACL and the first four games of the 2018 campaign due to suspension — earned Super Bowl LIII honors following the New England Patriots’ 13-3 win over the Los Angeles Rams at Mercedes-Benz Stadium.

The 32-year-old stuffed the stat sheet in Atlanta, catching 10 receptions for 141 yards to prompt a tweaking to both the postseason and Super Bowl record books.

Edelman didn’t set out to make history, though. In typical Patriot fashion, he just wanted to help the team win.

“I wasn’t focused on that. I was just trying to go out and have a good week of practice and do my job,” Edelman told Jim Nantz, as seen on CBS’ Super Bowl postgame coverage. “Sometimes the cookie crumbles that way.

“It just matters that we won, man. It was a crazy year. We had a resilient bunch of guys. It was unreal, man.”

It was, indeed, a crazy year for the Patriots. But it was a year that ended with a Lombardi Trophy. 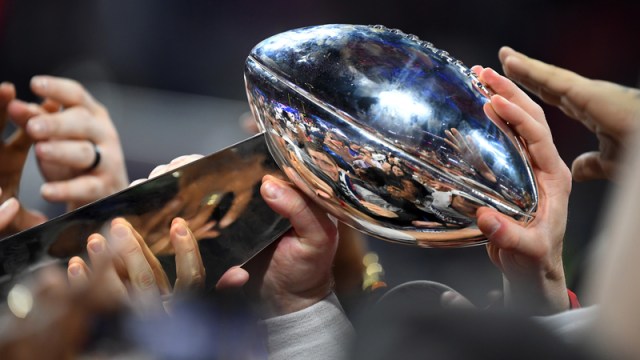