Patriots Mailbag: Which First-Round Picks Could Be Acquired Via Trade? - NESN.com Skip to content

While we hold our collective breath, let’s get into this week’s mailbag.

#MailDoug which regime change player that was a former 1st round pick will the Pats pick up?
— @joey_zakrzewski
Great question. The Patriots recently have acquired first-round picks defensive tackle Danny Shelton from the Cleveland Browns and wide receiver Phillip Dorsett from the Indianapolis Colts after past regime changes from their respective teams. They’ve also traded for first-round picks like Brandin Cooks, Jonathan Cooper and Barkevious Mingo.

Here are those teams’ first-round picks from 2016, meaning they have one year left on their rookie contracts:

— Coleman and Lynch are no longer on their original teams. Coleman even had a spell on the Patriots’ practice squad last season.

— Nkemdiche is recovering from a torn ACL suffered in December. Acquiring him would be a risk, likely come at almost no cost and have some potential for high reward.

— Jackson, Stanley, Clark and Tunsil are unlikely to be traded. They’re all seemingly cornerstone players for their respective organizations.

— That leaves Lee, Hargreaves and Joseph. Lee is an athletic linebacker who hasn’t quite lived up to his first-round billing. We find it hard to imagine the Jets would trade with the Patriots, however.

Hargreaves only played one game last season before tearing his labrum and being placed on injured reserve. The Patriots already have two former Florida defensive backs in Duke Dawson and JC Jackson. It’s not crazy to think they would buy low on Hargreaves.

Joseph might be the most likely candidate for a trade acquisition. He was benched by the Raiders early in the 2018 season but came on strong in the second half. Patriots head coach Bill Belichick has a strong relationship with new Raiders general manager Mike Mayock.

If Devin McCourty retires do you see the Pats looking towards a free agent like Collins or moving Harmon to that spot and drafting a safety in the late rounds? #MailDoug
— @lc_3344
Full disclosure: I picked and actually answered this question before McCourty announced he’s coming back for the 2019 season. Scrap all that.

Safety might still be a need for the Patriots this offseason, however. McCourty and Patrick Chung both will be 32 years old for the 2019 season. And if McCourty is already at least considering retirement, then it’s probably time to plan for life without him, especially since he’s entering the last year of his contract.

Chung and third safety Duron Harmon both have two years left on their contracts. The Patriots also have special-teamer Nate Ebner and Obi Melifonwu on their roster at the position.

The Patriots like to draft safeties in the second or third round, so it’s entirely possible they choose to go that route that again this spring.

The case against it? The Patriots might like Melifonwu, who was a second-round pick in 2017. They also have cornerbacks Jonathan Jones, a restricted free agent, and Dawson, both of whom very well could have a future at safety instead. Jones played safety in the Patriots’ most important game of the season, their Super Bowl LIII win over the Los Angeles Rams. Dawson is viewed as a potential slot/safety hybrid by some folks, including his college position coach Travaris Robinson.

So, the Patriots could choose to add cornerbacks instead of safeties and move their existing young cornerbacks permanently to new roles.

#MailDoug how would you rank these wrs as possible patriot targets?

I can’t envision a scenario in which the Pittsburgh Steelers willingly trade their best offensive weapon to their biggest AFC competition. That’s why he’s last.

I have Tate first because I think he’s a great fit for the Patriots’ offense. I do expect him, however, to wind up costing more than the Patriots are willing to pay. Williams is No. 2 just because he’s a free agent and available. I don’t see the Patriots signing him in free agency, however. I also think he’ll wind up being overpaid.

Beckham is No. 3 because he’s not freely available. I do think the Patriots would be interested in acquiring him, but it depends on the New York Giants’ willingness and asking price.

It sounds like the Denver Broncos intend to keep Sanders.

I could see the Patriots being interested in free-agent receivers Jamison Crowder, Adam Humphries, Jermaine Kearse and potentially Demaryius Thomas.

Hi Doug. If the Patriots don?t trade out of the first round, who do you see as an ideal fit for them with that pick? Thanks for your time!
— @jonnydozak709
I’ll give three options: tight ends Noah Fant (Iowa) and Irv Smith Jr. (Alabama) and defensive back Taylor Rapp (Washington).

The Patriots have shown a willingness to draft a tight end high in the past. They used first-round picks on Daniel Graham and Ben Watson and a second-rounder on Rob Gronkowski. They’ll definitely need a tight end in the near future. It seems like Iowa’s T.J. Hockenson likely will be gone.

I’m a University of Washington fan, so I’ve seen a lot of Rapp over the last three years. He’s all over the field and certainly versatile enough to be a Patriots defensive back. He’s slighter than Chung but similarly can play safety, in the slot and a little bit of linebacker, as well.

Assuming the @Patriots will be looking for depth at TE, will they look for it in the draft, FA or both? If so, who do you think will be the best fit and most realistic option? Thanks as always!
— @whatthefokkens
On the free-agent market, I could see Jared Cook, Tyler Eifert, Maxx Williams, Austin Seferian-Jenkins or Jesse James being fits but only for the right price.

This seems to be a good draft for tight ends with Hockenson, Fant and Smith out there. Stanford’s Kaden Smith is another option.

I think Hockenson is the best fit, but they might need to trade up to get him. The most realistic option might be Smith.

Would you buy Nike shoes, now?
— @DanielF29405641
Yes. Zion Williams can tear a pair of Nikes just by stepping wrong, but I’m not quite as strong as Zion.

#MailDoug would you be surprised if the Patriots don’t draft a QB in the first 3 rounds. I dont feel like they will. I see us being a safety and d-line, wr, draft than grabbing a QB?
— @LibbySportsBOS
I would be surprised, but I was also surprised last year.

Doug I know a lot of attention has been paid to OBJ and AB but what about AJ Green? He is in his final year of his contract (15 million) and coming off a down year that sounds like a classic Bill move. Probably could be had for a 2nd or 3rd rounder. What?s your thoughts?
— @TommyG64010544
Green would count just over $12 million on the Patriots’ cap. Are we absolutely positive he’s worth that?

Professionally, I like the NFL Scouting Combine. That’s usually a fun week. I like the active periods of the offseason. I get a little bored when there’s nothing to do.

What’s on BB’s mind this week? Don’t mention a vacation, because that concept doesn’t exist in his universe ?
— @praalhans
I’d imagine he’s preparing for the combine.

How many WRs do you project us picking?
— @Ruibing1
The over/under is 1.5. I’d take the under and say one.

Over/under obj to pats? Other wide out options out there? #maildoug
— @JeffPerkins3
I … uh … that’s not how over/under works.

Patriots select QB with the 32nd pick? Or wait till 2nd?
— @madrid_dav
Wait until the second. Let’s go with West Virginia’s Will Grier.

Paper or plastic?
— @Purposely_Blank
Paper when they have handles. What’s the deal with paper bags without handles? Who are those for?

Will the Patriots draft any offensive linemen to add depth? #MailDoug
— @JimGilhooly1957
Always a good bet. Wouldn’t be surprised if it was a tackle. 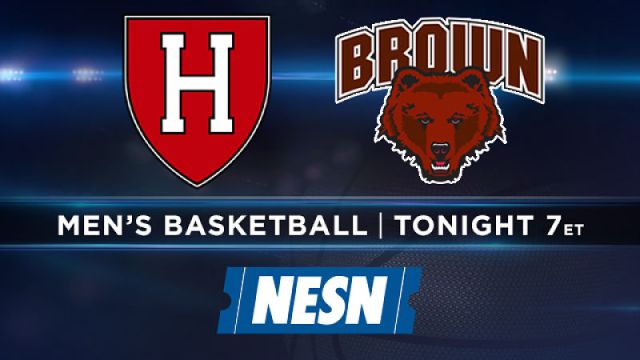 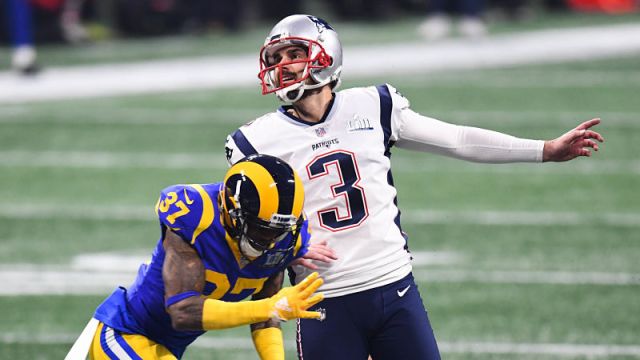