While we await New England Patriots tight end Rob Gronkowski’s retirement decision, let’s get into this week’s mailbag. Watch above and read below.

(Humphries is the correct answer BTW)
— @DLPatsThoughts
I just want to let it be known I was first on the Adam Humphries-to-the-Patriots train. OK, that’s out of the way now.

I still think he’s the best receiver fit for the Patriots in free agency (not Phillip Dorsett). Golden Tate and Cole Beasley could fit too, but Humphries has the best combination of upside and affordability. The Patriots should be looking for a slot receiver of the future, and Humphries, at 26 years old, could be their next Danny Amendola.

Humphries is coming off the best season of his young career, and he could pair well with Julian Edelman and an outside receiver, whether that’s Josh Gordon, a rookie or, you know, Odell Beckham Jr.

Humphries does most of his work out of the slot, but neither he nor Edelman are strictly limited to playing inside. Both could switch between the slot and “Z” roles.

Out of that group, I think Golden is the best fit. Wright and Verrett could be buy-low candidates coming off injuries. Urban could be Lawrence Guy Part 2.

If the #Patriots decide $16+mil AAV and $40+mil in gtd is too much for Trey Flowers, do you see a viable/cost effective free agent replacement? My fear is the Pats will feel as though the $$ going to be thrown at him will be an overpay, and I’m not sure they’d be wrong. #MailDoug
— @pats_chatter247
Viable is a strong word, but if Flowers prices himself out of New England, I could see the Patriots adding Golden, re-signing John Simon, drafting a defensive end and hoping one of Derek Rivers, Keionta Davis, Deatrich Wise or Ufomba Kamalu emerges.

That’s certainly less than ideal, which is why re-signing Flowers is so essential.

I do think Golden could be a nice steal, and the Patriots liked him prior to the 2015 NFL Draft. The Arizona Cardinals drafted him six picks before the Patriots grabbed safety Jordan Richards. Golden tore his ACL in 2017 and wasn’t quite the same player in 2018. The hope would be he could regain his form in 2019 after a full year removed from surgery.

.@DougKyed #mailbagdoug should patriots try to resign Cordarrelle Patterson &/or Phillip Dorsett
— @BrianJBaby
They should try to sign both, but only at a certain price.

Julian Edelman’s 2019 cap hit is $4.5 million. You can’t pay Patterson or Dorsett more than that per year.

I can see a situation where Dorsett gets overpaid in free agency because of his pedigree and how well he played in 2018 in short spurts. Receivers got massively overpaid last offseason. The fact that Dorsett couldn’t pass Chris Hogan on the Patriots’ 2018 depth chart is why I would be hesitant to overpay him in New England. Why would 2019 be any different than 2018?

Patterson is a gadget player and would be useful to have around as an offensive and special teams playmaker at the right price.

If the Pats use the franchise tag on someone, who gets it?
— @proudblackmatt
Flowers. The only other option would be left tackle Trent Brown, but I can’t see the Patriots paying him $16 million when they have Isaiah Wynn waiting in the wings.

I can only see Brown coming back if he winds up earning a contract significantly smaller than the one many expect him to garner. He’d have to end up signing for only slightly more than right tackle Marcus Cannon’s $7.5 million cap hit. In that situation, the Patriots would re-sign Brown and cut or trade Cannon.

Basically, one of Brown or Cannon will be replaced in the Patriots’ starting offensive line by Wynn next season.

Trey Flowers signs with the lions or Titans. Agree or disagree?
— @jasproemelt
The most common predicted landing spots for Trey Flowers will definitely be the Detroit Lions, Tennessee Titans and Miami Dolphins given their connections to the Patriots. You could maybe throw the Kansas City Chiefs into the mix, as well, since former Patriots defensive line coach Brendan Daly was hired there.

I still feel like the Patriots find a way to retain him like they did with Vince Wilfork, Devin McCourty and Dont’a Hightower in the past.

Is that Bill?s handwriting on the inactive list each week?
— @WWJackDo
I would guess it’s Berj Najarian’s. His official title is director of football/head coach administration.

Thoughts on Oregon WR Dillon Mitchell as a potential draft prospect for the Patriots in the later rounds as a way to address the WR depth need? Good fit?
— @Mitchy_Stan_12
I’m not going to lie: I don’t know enough about this year’s draft prospects to really tell you anything about Dillon Mitchell.

I think West Virginia wideout David Sills is an interesting prospect. I’m curious to see how he tests at the NFL Scouting Combine. He’s a former high school and college quarterback known for his ability to read defenses.

@DougKyed Lots of recent talk about an undersized, position changing, non traditional, elite playoff performer coming off a great Super Bowl players chance of making the HOF. So what do you think about Julian Edelman’s former roommate Matthew Slater’s Canton chances? #MailDoug
— @FetzerValves
I’ve been on board that bandwagon for a while. He’s one of the best special teams players in NFL history.

If Tom Brady?s knee injury had ended his career in ?08… would he still be a HOF?r?
— @JohnFNG
Yes.

Do you think Bill and Scouts are watching the AAF games to see if any guys are good? And with Berrios coming back why does everyone want a Beasley and Humphries? #MailDoug
— @Whyknow_413
Yes.

And because Braxton Berrios isn’t close to being a sure thing. He was a sixth-round pick who missed his entire rookie season due to injury.

If McCourty retires, could he be an option as CB coach?
— @luchougolini
No. He wants to go into TV after his career is over.

Long shot here, but how impressive would it be if the @Patriots had Josh Gordon and either Antonio Brown or OBJ as wide receivers on the field at the same time
— @rankjas
Don’t forget about Julian Edelman too. It would be the highest upside receiver corps in the NFL.

I’ll also throw in a football-related story. After Patrick Chung broke his arm in Super Bowl LIII, he had his arm in a cast and wrapped in plastic to shower in the locker room. He managed to put boxers and jeans on, but he couldn’t button or zip up his pants. So, he turned to cornerback Stephon Gilmore, and said, “You’ve gotta help me out, bro. I’d do it for you.” Gilmore was the ultimate teammate.

And I would go with Disney Jr., but it’s not in HD on Fios, so I usually have Nickelodeon on for my daughter.

Thoughts on D Thomas to the pats? He was linked to them at the deadline
— @SirMattCooper
If he’s affordable, I don’t hate the idea. I could see Thomas being a player who might have to wait until the first few waves of free agency are over to sign. He likely won’t be able to participate in training camp after tearing his Achilles in late December. 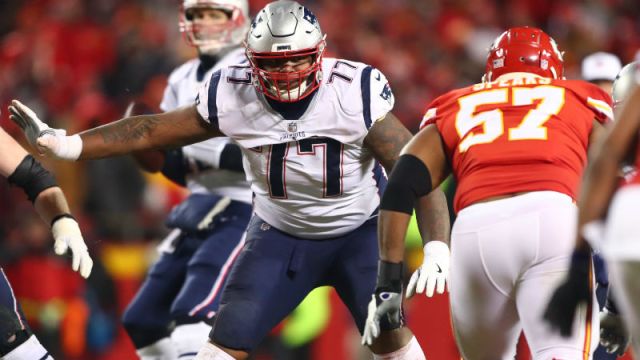 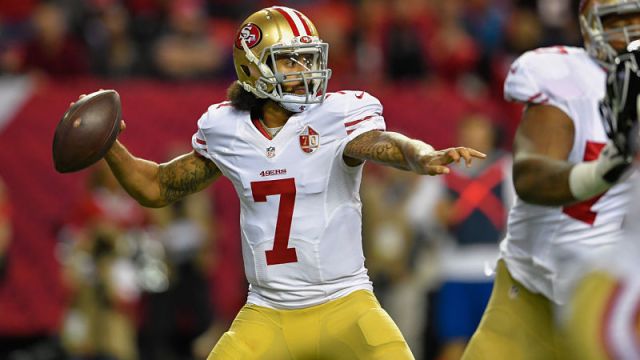