We close things out today with a look at New England’s specialists, plus its kick and punt returners.

KICKER
If the Patriots place the franchise tag on any player this offseason, it likely will be Stephen Gostkowski, who’s set to hit free agency next month. Franchising a kicker might seem like an odd move, but New England already has done so three times during Bill Belichick’s tenure, including once on Gostkowski in 2015. (The sides wound up agreeing on a multi-year contract later that offseason.)

Gostkowski is 35 now, so the Patriots might be hesitant to sign him to a long-term deal, but he remains a reliable kicker in a league in which many teams struggle mightily to find one. He went just 2-for-5 on 50-plus yard field-goal attempts during the 2018 regular season but 25-for-27 from 49 yards or shorter and 49-for-50 on extra points.

Gostkowski shanked a 46-yard attempt in Super Bowl LIII — the fourth year in a row he’d missed a kick in the Patriots’ final game — but was true on his next two field-goal tries, including a late 41-yarder that sealed the Pats’ 13-3 win over the Los Angeles Rams. In the postseason as a whole, he made 5 of 6 field goals and 10 of 10 extra points.

ESPN’s Adam Schefter mentioned Gostkowski as a player who could receive “some sort of tag,” meaning either the franchise or transition tag. The franchise tag would pay the veteran between $5 million and $6 million this coming season (the exact value has yet to be announced), a slight increase from the $5 million salary cap hit he carried in 2018.

PUNTER
The Patriots tried to plan for the future at the punter position last summer by bringing undrafted free agent Corey Bojorquez to training camp, but Bojorquez didn’t last long in Foxboro. Incumbent Ryan Allen easily won their roster battle to keep his job, and Bojorquez, who didn’t appear in a single preseason game, was scooped up by the Buffalo Bills after being released on cutdown day, foiling the Patriots’ likely plan to sneak the big-legged rookie onto their practice squad.

Allen went on to have another solid season, capped by a phenomenal performance in the Super Bowl, during which he pinned the Rams inside their own 10-yard line on three of his five punts. Now, Allen is set to hit free agency for the second time in NFL career.

What are his chances of returning? They should be reasonably high, if only because it’s very difficult to find talented left-footed punters, which Belichick insists on utilizing. Allen addressed his future earlier this month in an interview with Karen Guregian of the Boston Herald.

?I know how this organization prepares, practices, carries itself,” Allen said. “I would stay here, but it?s going to come down to what?s right for the team. That?s not my job. I know they?ve had to let players go that they like. I?ve seen it. … They have to do it because that?s the direction they have to go for the team. Me, I just have to worry about kicking the ball.?

LONG SNAPPER
Joe Cardona is under contract through the 2022 season after signing a four-year extension last summer. The Patriots are set here for the foreseeable future.

KICK RETURNER
Cordarrelle Patterson lived up to his billing as one of the best kick returners in NFL history in his first season with the Patriots, earning second-team All-Pro honors and helping New England rank second in the league in kickoff return average (27.0 yards). One of his returns resulted in a 95-yard touchdown against the Chicago Bears.

Patterson was a valuable and uber-versatile offensive weapon, too — both as a receiver and as a ball-carrier — who should be kept around if the price is right.

PUNT RETURNER
Julian Edelman continued to handle punt-return duties upon his return from suspension in Week 5. He’s entering the final year of his contract. Fellow slot receiver Braxton Berrios, who spent his entire rookie season on injured reserve, could factor in here, as well, if he makes the team this summer. 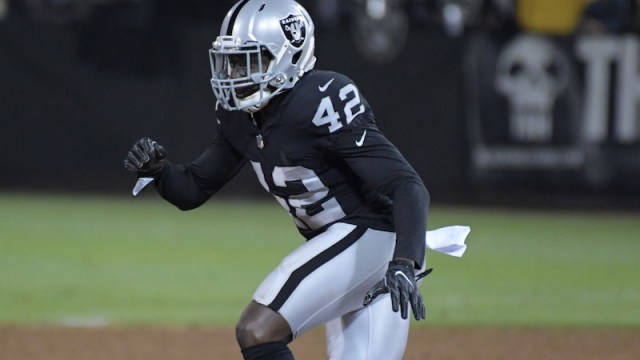 Patriots Mailbag: Which First-Round Picks Could Be Acquired Via Trade?