STANDOUT PERFORMER
Van Noy’s excellent performance in Super Bowl LIII — and subsequent two-week-long victory lap — capped a career year for the 27-year-old ‘backer, who’s developed into an indispensable cog in New England’s defensive machine since the Patriots stole him away from the Detroit Lions in 2016.

One of just three Patriots defenders to start every game this season, Van Noy led the team in tackles, ranked third in sacks and tackles for loss, intercepted a pass, recovered two fumbles and scored a touchdown off a Hightower blocked punt. In the playoffs, he beat the stuffing out of Patrick Mahomes (two sacks, one QB hit, one forced fumble) and Jared Goff (one sack, three QB hits) while playing all but one defensive snap in three postseason contests.

The linebacking corps was a glaring weakness for the 2017 Patriots, but the group as a whole fared well in 2018 despite getting little out of its two draft picks (more on them below). Roberts had his best season as a pro, and Hightower, while not the same playmaker he used to be, missed just one game after recovering from a torn pec that ended his 2017 season in November.

Hightower’s 16 total pressures in the postseason led all Patriots defenders, according to Pro Football Focus, and two of his three sacks on the season came in the Super Bowl — a game in which he and Van Noy both deserved MVP consideration.

Even McClellan and Humber proved to be great midseason additions. Neither saw the field much on defense, but their arrivals helped stabilize New England’s special teams units, which were uncharacteristically shaky during the first half of the season.

NEEDS IMPROVEMENT
A relative unknown when the Patriots drafted him in the fifth round last year, Bentley appeared on his way to locking down a starting spot before tearing his bicep in Week 3 and missing the remainder of the season. Despite the injury, the Purdue product remained closely involved with the team and should play a major role in 2019.

TOP OFFSEASON STORYLINES
1. What happens with Hightower? The 28-year-old has two years remaining on the contract he signed in 2017, but if the Patriots decide he’s no longer worth the $10,945,305 in salary cap space he’s set to occupy this coming season — the fifth-highest cap hit on the team behind Tom Brady, Stephon Gilmore, Devin McCourty and Rob Gronkowski — they can save nearly $6 million against the cap by cutting him. A restructure or pay cut also is a possibility if Hightower is open to those avenues.

With just 48 tackles and one sack in 15 games, the 2018 regular season was Hightower’s least productive statistical campaign since he joined the Patriots in 2012. And with Bentley waiting in the wings, the Pats already have a potential successor on their roster. Still, the value of Hightower’s versatility and leadership can’t be overlooked, especially with New England in the process of overhauling its defensive coaching staff.

The team faces a similar decision with McCourty. The veteran safety and longtime co-captain is set to carry a cap hit of $13.435 million in 2019.

3. Will the Patriots draft another linebacker? They double-dipped on Day 3 last year with Bentley and Sam, but that won’t stop them from addressing the position again in April if the right opportunity arises. New England has selected nine linebackers over the last seven drafts. 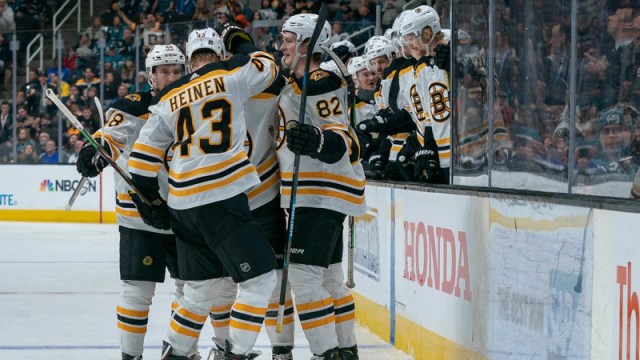 Bruins Notes: Offense, Defense Come Up Big For Boston In Win Vs. Sharks 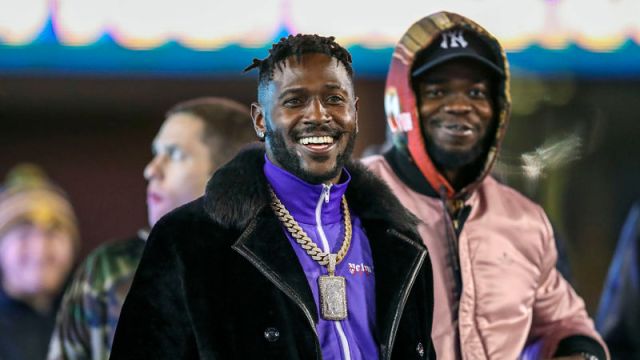