ATLANTA — Rob Gronkowski hasn’t made a decision on whether or not Super Bowl LIII was his final game as an NFL player. He’ll make one soon. Just not yet.

For now, he’s going to do what Rob Gronkowski does better than anything other than playing tight end (and maybe better than that, too):

“Tonight, it’s about celebrating with my teammates,” the New England Patriots star said after his team knocked off the Los Angeles Rams 13-3 at Mercedes-Benz Stadium to win its sixth Super Bowl title. “That decision will be made a week or two down the future, because tonight, that’s what it’s all about — celebrating with my teammates. That’s what I’m worried about tonight.

“We’re going to have a good time. (Head coach Bill Belichick) told me he’s partying tonight, so you know it’s going to be good.”

Gronkowski has every reason to celebrate. After enduring a down regular season by his usual All-Pro standards, the 29-year-old capped a resurgent playoff run by catching six passes on seven targets for 87 yards against the Rams.

His final two receptions — an 18-yarder down the right sideline and a 29-yarder into triple coverage — came on the Patriots’ lone touchdown drive midway through the fourth quarter, setting up rookie running back Sony Michel for the 2-yard scoring plunge that ultimately won the game for New England.

The first of those two, Gronkowski said, came on a play that was not in the original game plan.

“We put a few different plays in,” he said. “The pass up the sideline on the drive, we put that play in right there on the spot. It was a great job, great throw by Tom (Brady), great call by (offensive coordinator Josh) McDaniels.”

He added: “It feels good to make that one big play. Julian (Edelman) in the huddle on that drive, he looked at me and said, ‘We need another one from you, bro. We need a huge play.’ He’s been making them all game. I had to step up.”

The second was a repeat of a play the Patriots had run two snaps earlier. That one had resulted in a 13-yard completion to Edelman, who finished with 10 catches on 12 targets for 141 yards to earn Super Bowl MVP honors.

When Gronkowski saw how the Rams were aligned in coverage — linebacker Cory Littleton was late lining up and gave him a free release at the line — he knew exactly where the ball was headed.

Brady did, too. He lofted a pass over the overmatched Littleton and into Gronkowski’s outstretched arms. Cornerback Marcus Peters and safety John Johnson converged on the spot but arrived too late to provide any assistance.

“When it comes to crunch time, I always find a way.”

Asked whether that particular catch was the best of his storied career, Gronkowski replied: “You tell me. It’s up there.” He was more definitive on the topic of what this season meant to him as a player.

“I’ll tell you this, it was the most satisfying year I’ve ever been a part of,” he said. “How we came together, the obstacles we had to overcome, the grind from the beginning of training camp to now, it’s just surreal.

“We went through life this year. We figured it out. We found our identity. We weren’t making big, flashy plays all the time — once in a while, but we stuck together, grinded, ran the ball, and now we’re Super Bowl champions. We’re world champions.”

If this was the end for the greatest tight end of all time, it’d be hard to script a more fitting send-off. 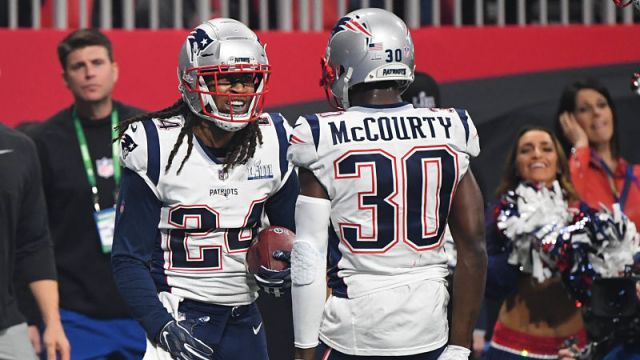 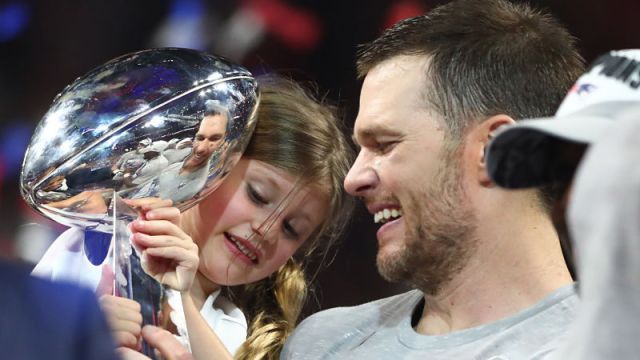