Stephen A. Smith is fed up with the New York Yankees.

Smith, a huge Yankees supporter, discussed Manny Machado’s reported 10-year, $300 million contract with the San Diego Padres during his ESPN Radio show Tuesday. His focus soon shifted toward the Yankees, though, and the boisterous pundit unleashed an epic rant on the Bronx Bombers.

“If you’re the New York Yankees, don’t you dare! Don’t you dare! I don’t give a damn about Aaron Judge saying he’ll move to anywhere he wants him to, anything it takes to get Bryce Harper,” Smith said. “Wait a minute! Let’s wait a damn second here! You’re the New York Yankees. You got to the postseason without these dudes. And quite frankly, I’m sick and tired of you investing in bats and not investing enough in pitching. I know you just signed (Luis) Severino to an extension; that’s not where I’m going!

“How about going out there and getting a couple of aces? How about making sure in Yankees pinstripes we get a version of (John) Smoltz and (Tom) Glavine and (Greg) Maddux together, back in the day with the Braves? How about bringing that to Yankee Stadium? How about bringing that to the Bronx? How about the exuberant prices that you charge? And people getting stuck in traffic on the FDR, or the Cross Bronx? How about making sure that if they got to go through all of that and then pay 50 dollars for a pretzel and pop, that you make sure you ain’t going home in the ALDS — that you haven’t deferred to the greatness of the Boston Red Sox?”

The Yankees won 100 games last season and defeated the Oakland Athletics in the American League Wild Card Game. They then lost to the Red Sox — their biggest rival and the eventual World Series champions — in the ALDS, and that clearly didn’t sit well with Smith, who’s starting off the 2019 Major League Baseball season with authority. 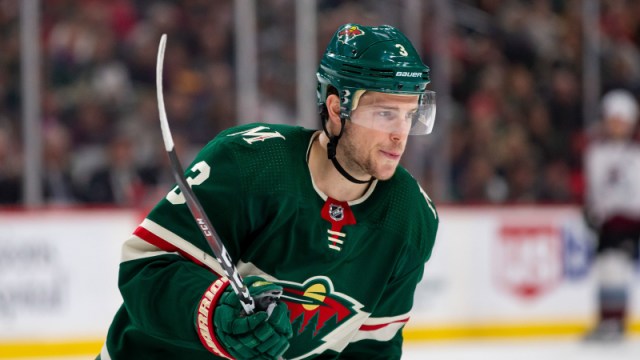