Stephen Gostkowski was playing in Super Bowl LIII with a heavy heart.

The New England Patriots kicker suited up in Atlanta the day after his grandfather, William Klick, passed away, ESPN’s Mike Reiss reported.

Gostkowski nailed two field goals, a 42-yarder to put the Pats on the board in the first half and a 41-yarder in the fourth quarter to help the Patriots lock up their 13-3 win over the Los Angeles Rams.

Reiss noted that Gostkowski wanted to dedicate his fourth-quarter kick to his grandfather, who the kicker said “was the kindest, funniest man I knew,? according to Reiss.

Gostkowski’s final kick wasn’t a game-winner, but it certainly put Sunday’s contest on ice. And we’re sure Gostkowski got a little help keeping the ball inside the left upright. 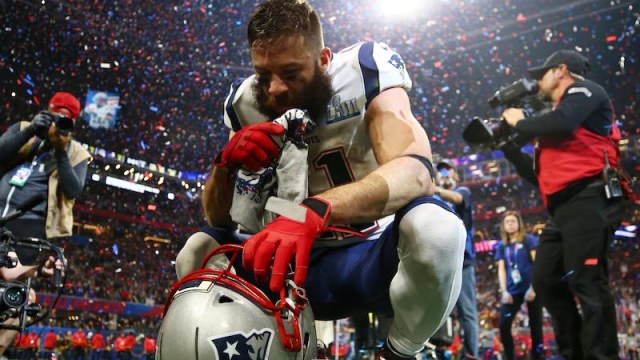