Super Bowl LIII Preview: Key Matchups, What To Watch For In Patriots Vs. Rams - NESN.com Skip to content

Seventeen years to the day after their dynasty began in New Orleans, the New England Patriots will take the field Sunday in Atlanta for Super Bowl LIII.

Their opponents are a crew of relative newcomers — a Los Angeles Rams team led by a 33-year-old head coach in Sean McVay and a 24-year-old quarterback in Jared Goff, both of whom are experiencing the Super Bowl stage for the first time.

This will be the ninth Super Bowl appearance together for 66-year-old Patriots coach Bill Belichick and 41-year-old QB Tom Brady, who will be looking to bring their franchise its sixth championship since 2001.

Old vs. young. Upstarts vs. icons. The future of the league against the team that’s dominated it for the last two decades.

Here’s what to watch for in Super Bowl LIII:

THE ODDS
The line has moved steadily toward the Patriots over the last two weeks, opening as a pick ’em but currently sitting at -2 1/2 in favor of the Pats. They’ll be the favorites Sunday night.

New England finished the regular season 11-5 and dispatched the Los Angeles Chargers and Kansas City Chiefs to reach its third consecutive Super Bowl and fourth in the last five years. No team since 1972 has won a Super Bowl after losing one the previous season, as the Patriots did to the Philadelphia Eagles last year.

LA posted a 13-3 record in its second season under McVay, then bested the Dallas Cowboys and New Orleans Saints to claim its first NFC title since 2001.

INJURY REPORT
Both teams are at full health entering this game.

Patriots linebacker Dont’a Hightower missed practice Thursday with an illness, and defensive tackle Malcom Brown was limited Wednesday with a calf ailment, but both were removed from the injury report Friday after fully participating in the team’s final practice of the week.

KEY MATCHUPS
Patriots LG Joe Thuney vs. Rams DT Aaron Donald
The Patriots’ entire offensive line will be tested by Donald, whose 20 1/2 sacks this season were the most ever by an interior lineman. Thuney will be the point man in that effort, though, as 14 1/2 of Donald’s sacks have come against opposing left guards.

Preventing Donald and former All-Pro Ndamukong Suh from pressuring Brady up the middle will be the No. 1 priority for a Patriots O-line that has played at an extremely high level this postseason. New England did not allow a sack and surrendered just three QB hits in the divisional round and AFC Championship, neutralizing a quartet of top-end edge rushers in Melvin Ingram, Joey Bosa, Dee Ford and Justin Houston.

Donald, though, is a different animal. He might be the best overall player in the NFL at any position, and generating interior pressure on Brady has yielded positive results for teams in years past.

Patriots rushing offense vs. Rams rushing defense
Another area the Patriots’ O-line — along with fullback James Develin and tight ends Rob Gronkowski and James Develin — has excelled in of late is clearing lanes for running backs Sony Michel, Rex Burkhead and James White. New England has rushed for 331 yards and eight touchdowns this postseason, with Michel leading the way with 242 carries and five scores on 53 carries.

On paper, this is a mismatch that favors the Patriots. The Rams allowed the most yards per carry in the NFL during the regular season, and their lack of size in the front seven could be detrimental against a Pats offense that’s been able to bully opponents by running behind Develin, Gronkowski and 380-pound left tackle Trent Brown.

LA has been much better against the run in the postseason, however, holding Ezekiel Elliott, Mark Ingram and Alvin Kamara to a combined 93 yards on 37 carries.

Patriots WR Julian Edelman vs. Rams slot CB Nickell Robey-Coleman
Robey-Coleman poked the bear early in Super Bowl week by taking a jab at Brady’s age, and though he later backtracked on those comments, it wouldn’t be surprising to see the 41-year-old QB target the 5-foot-8 cornerback early in Sunday’s contest.

The former Buffalo Bill, whose uncalled pass interference against the Saints helped send the Rams to the Super Bowl, would have faced a difficult matchup even without his headline-grabbing remarks. Edelman, who frequently lines up in the slot, has been phenomenal in these playoffs, catching 16 passes on 23 targets for 247 yards.

Edelman did have one drop against the Chiefs that resulted in an interception, but he atoned for it by converting on two third-and-10s in overtime to help set up the game-winning touchdown. He now ranks second all-time in postseason receptions behind Jerry Rice and fourth in postseason receiving yards.

(For the gamblers out there, Edelman at +2000 to win Super Bowl MVP is an enticing prop.)

The Rams’ top two corners, Aqib Talib and Marcus Peters, rarely travel into the slot, so they’ll likely line up opposite Chris Hogan and Phillip Dorsett when the Patriots have three receivers on the field.

Bill Belichick vs. Sean McVay
This might be the most intriguing matchup of all. McVay, who at just 33 already is one of the NFL’s most innovative offensive minds. His motion- and misdirection-heavy schemes — with valuable help on the other side of the ball from veteran defensive coordinator Wade Phillips — have helped the Rams morph from a Jeff Fisher-led disaster into a conference champion in just two seasons.

Only the Chiefs boasted a more explosive offense this season, and while Kansas City ultimately managed 31 points against the Patriots two weeks ago, their offense sputtered until after halftime as New England largely neutralized their two most dangerous weapons (Travis Kelce and Tyreek Hill).

Can they do the same against Goff & Co.? That’s the big question. Here are some others:

BIG QUESTIONS
Will this be Gronk’s final game?
Gronkowski remained tight-lipped amid a barrage of retirement questions this week, but at this point, it appears more likely than not that he will bid the NFL adieu after Sunday.

The star tight end’s struggles this season were well-documented, but he’s elevated his game in the playoffs — he was superb as a run blocker against the Chargers and was more involved in the passing game against the Chiefs than he’d been all season — and faces a favorable matchup against a Rams defense that’s struggled against some of the NFL’s better tight ends.

LA allowed the third-most receiving yards to tight ends during the regular season and were torched by Kelce, Oakland’s Jared Cook and San Francisco’s George Kittle (twice). Safety John Johnson should get his fair share of looks against Gronkowski, but the Rams tend to vary the ways they cover tight ends.

In Week 17 against the 49ers, for instance, 11 different defenders were targeted in coverage on Kittle, according to Pro Football Focus. Kittle, who’s well on his way to becoming the NFL’s next superstar tight end, finished with nine catches on 14 targets for 149 yards and a touchdown.

How will the Patriots cover the Rams’ receivers?
This was a hot-button topic ahead of the AFC title game, and the Patriots wound up surprising everyone by having cornerback J.C. Jackson cover Kelce and seldom-used corners Jonathan Jones and Keion Crossen shadow Tyreek Hill with help over the top from safety Devin McCourty. Stephon Gilmore on Sammy Watkins was the only expected matchup, and even that didn’t last, with Gilmore switching onto Kelce in the second half after Jackson struggled.

On Sunday, the Patriots’ secondary will be tasked with defending two 1,000-yard receivers in Brandin Cooks and Robert Woods, No. 3 wideout Josh Reynolds (who replaced an injured Cooper Kupp late in the season) and tight ends Gerald Everett and Tyler Higbee, plus running back Todd Gurley out of the backfield (more on him below).

Cooks and Woods are the biggest receiving threats in that group, so the most likely plan would be for Gilmore to cover one and Jackson take the other. The Patriots posted a photo on their website of Gilmore covering a practice squad receiver wearing Woods’ number, which could be viewed either as the team inadvertently tipping its hand or as mind games intended to mess with McVay.

Woods, who’s bigger than and not as fast as Cooks, fits the profile of receivers Gilmore typically covers, but Gilmore knows Cooks’ game well after practicing against him on a daily basis last season. Woods also plays the majority of his snaps in the slot, which isn’t Gilmore’s forte.

How will Todd Gurley look?
Had the Rams lost in the NFC title game, Gurley would have faced considerable criticism. One of the NFL’s most dangerous dual-threat backs and arguably LA’s most important offensive player outside of Goff, Gurley laid an egg in the most important game of his career, carrying the ball four times for 10 yards and dropping two passes, one of which resulted in an interception.

Gurley said after the game his “sorry” performance wasn’t the result of any injury, but many have speculated he still was dealing with the knee issue that caused him to miss the final two games of the regular season. The 2017 Offensive Player of the Year did play well in the divisional round, rushing for 115 yards against the Cowboys, and the out-of-nowhere resurgence by C.J. Anderson (466 rushing yards and four touchdowns in four games with LA) has helped the Rams’ rushing attack remain potent.

As mentioned above, neither team has any players listed on its injury report, so the Patriots surely have been preparing to face a full-strength Gurley. McVay said his bell-cow back is ready to go.

?He?s feeling good, a hundred percent,? McVay told NFC pool reporter Charean Williams on Friday. ?We expect him to play a big role in this game.?

Will we see any trickery?
The defining moment of last year’s Super Bowl was a trick play: Nick Foles’ “Philly Special” touchdown catch. And given how the Patriots and Rams operate, there’s a good chance we’ll see some more unorthodox play-calling in this one.

For LA, this might involve punter Johnny “The Weapon” Hekker, a former high school quarterback who’s 11-for-19 for 153 yards and a touchdown on fake punts in his career. Patriots offensive coordinator Josh McDaniels also has been known to empty his playbook in Super Bowls, dialing up a pass from Danny Amendola to Brady against the Eagles and one from Edelman to Dion Lewis against the Atlanta Falcons.

Super Bowl LIII by the numbers >> 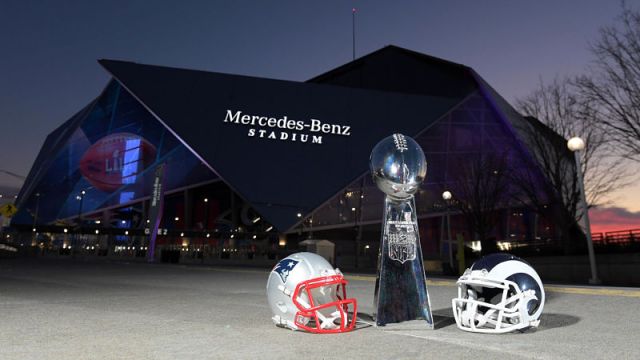 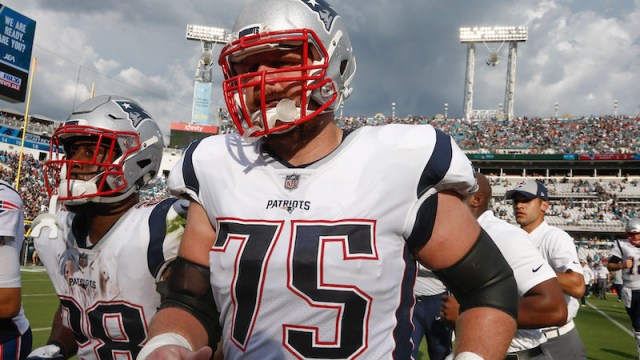