Just when it seemed like the Los Angeles Rams were going to make Super Bowl LIII real interesting, Stephon Gilmore swung the momentum back in the New England Patriots’ favor.

With the Patriots clinging to a 7-point lead, the Rams made a push to tie the game late in the fourth quarter at Mercedes-Benz Stadium. But after getting to New England’s 27-yard line, Los Angeles’ drive was halted when Goff lofted up an interception to Gilmore.

The clutch pick gave the Patriots near-complete control of the game, which Tom Brady made sure his team possessed until the clock struck zero.

Tom Brady in the huddle after Stephon Gilmore INT (via @insidetheNFL): ?If we ever get a choice, we don?t want to go out of bounds. No penalties and let?s just knock the s? … we?ve worn them out. Let?s go!?

New England ended up putting the finishing touches on Los Angeles to earn its sixth Lombardi Trophy in franchise history. And while the Patriots likely were worn out at game’s end as well, it’s hard to imagine they had any trouble finding energy for the postgame party and Tuesday’s victory parade. 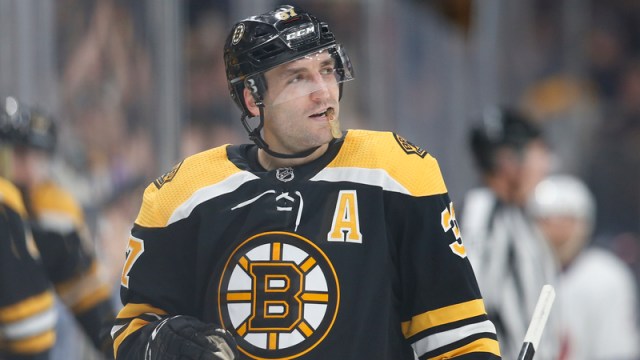 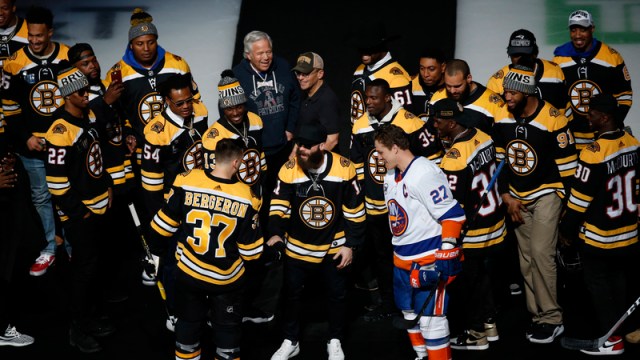 Bruins Enjoyed Visit From Patriots Ahead Of Win Over Islanders