We now know there is one less team that is out of the Antonio Brown sweepstakes.

The disgruntled Steelers wide receiver has been in a messy situation with Pittsburgh since his Week 17 benching. Plenty of rumors swirled about a rift between Brown and quarterback Ben Roethlisberger before the wideout absolutely shredded the QB last week.

Pittsburgh and Brown have mutually agreed to part ways, and the Steelers reportedly believe they’ll be able to trade him by March 17. While he likely will have plenty of suitors inquiring about his services, there is one team that believes Brown is “not worth the price.”

The Broncos have a good amount of cap space heading into the 2019 NFL season. But according to 9News’ Mike Klis, Denver has no interest in trying to acquire the seven-time Pro Bowl selection.

Denver last month agreed to trade for Baltimore Ravens quarterback Joe Flacco, so giving him a weapon like Brown certainly would be helpful to a team that finished 6-10 last season. But it seems using the rest of what will be left of the Broncos’ cap space after Flacco’s contract is factored in just isn’t worth using up (let alone what the Steelers may ask in return for Brown) to try to get Brown in a Denver uniform. 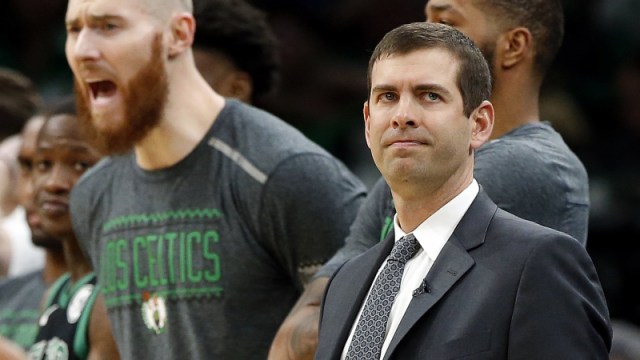