With his contract set to expire after the 2019 season, Tony Romo reportedly is looking to extend his time with CBS in the years to come.

And he want’s big money to do it, too.

Romo reportedly is seeking $10 million a year in order to stay with CBS, sources told Michael McCarthy of Sporting News. According to previous reports, CBS may be willing to pay up.

The former Dallas Cowboy has even reportedly received offers to re-enter the NFL. But Romo appears to be content right where he is in the broadcasting booth alongside Emmy-award winning broadcaster Jim Nantz.

Romo received rave reviews from viewers after his on-air debut in 2017. Since then, his jovial banter and ability to predict plays has become a staple of his commentary.

Should he get what he’s reportedly asking for, the 38-year-old would be the first television analyst in history to make $10 million. The record for highest paid analyst is currently held by famed coach and sportscaster John Madden, who was paid around eight million a season by a number of different networks.

If Romo and CBS cannot reach a deal, however, the former quarterback will have the opportunity to test out a new free agent market — in broadcasting. 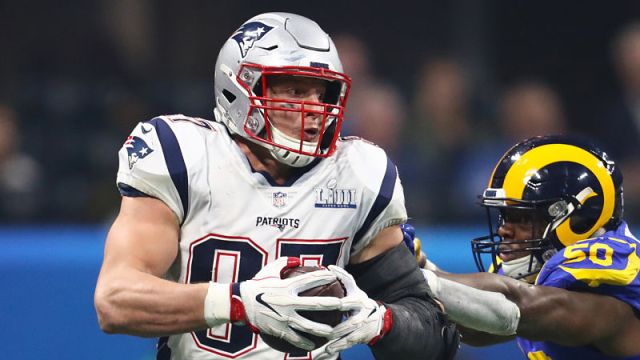