The New England Patriots started replacing defensive end Trey Flowers before he was even gone.

On a similar note, Flowers is leaving the Patriots before free agency has even begun. NFL free agency officially opens Wednesday at 4 p.m., but the open tampering period started Monday at noon. Flowers reportedly decided to sign with the Detroit Lions three hours into the negotiating period.

It goes without saying this is a huge loss for the Patriots. Look no further than the Patriots’ losses early in the 2018 season to the Jacksonville Jaguars and Lions to assess Flowers’ value. Flowers left the Patriots’ Week 2 loss to the Jaguars in the first quarter with a concussion. He missed their Week 3 loss to the Lions. New England’s defense was abhorrent in those games and immediately fixed itself Week 4 against the Miami Dolphins.

This is not a coincidence. Flowers was the Patriots’ best pass rusher, and he’s tremendous at setting the edge against the run. He’s the kind of complete defender and locker room leader teams covet. The Patriots found him in the fourth round of the 2015 NFL Draft. They’ll likely receive a 2020 compensatory third-round pick for losing him in free agency.

The Patriots didn’t have a player of Bennett’s caliber to replace him in those games against the Jaguars and Lions. Already, they’re set up better for Flowers’ loss than they were during the 2018 season.

They could go the free agency route and sign a player like Justin Houston, Markus Golden or Brandon Copeland. They could (and should) use one of their five Day 1 and 2 NFL Draft picks on defensive linemen. They also could deal for a player, as they did with Bennett. It also would help to re-sign John Simon, who was a helpful edge player in 2018.

The Patriots have lost valuable players in the past. In 2018, Nate Solder, Dion Lewis and Malcolm Butler all departed in free agency. The Patriots won Super Bowl LIII anyway.

Losing Flowers hurts, but the Patriots have proven time and time again they can adjust and adapt. Free agency hasn’t even begun yet. The Patriots have time to do just that. 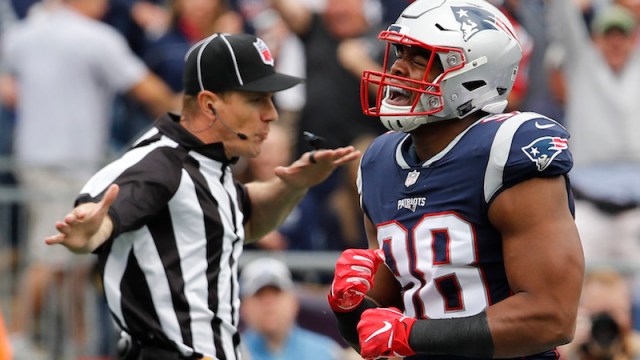