Social media was packed Sunday with people reacting to Rob Gronkowski’s announcement on Instagram that he has retired from football.

Teammates and celebrities poured into the former New England Patriots tight end’s comments to congratulate him on an incredible nine-year career, while his girlfriend Camille Kostek and Tom Brady made their own heartfelt comments.

Gronkowski will be sorely missed in many ways, mostly for his impact on the field. But perhaps forgotten by some is his electric appearances at various sporting events around Boston.

The tight end famously Gronk-spiked the ceremonial puck drop at a Boston Bruins game, and incited madness on the field before Boston Red Sox games. Who can forget Gronk stealing Brady’s jersey and the quarterback chasing his beloved teammate around the infield at Fenway Park?

Both the Red Sox and Bruins posted on social media congratulating the future Hall of Famer on a terrific career.

A couple of retired Boston sports legends and champs.

The Bruins also chimed in with this beauty.

Congratulations on a tremendous career, @RobGronkowski.

You made Boston and New England proud. pic.twitter.com/qWusX06f1S

Hopefully Gronk’s retirement doesn’t mean we’ll stop seeing him at games around the city in the future. 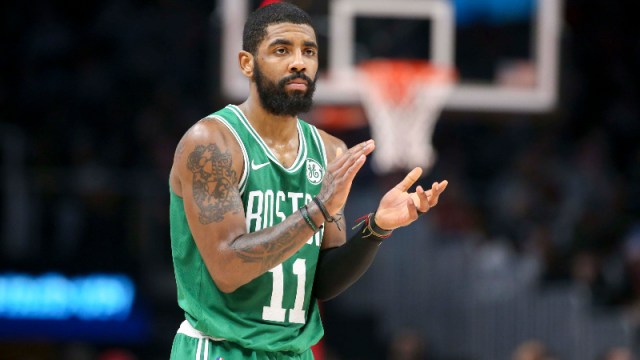 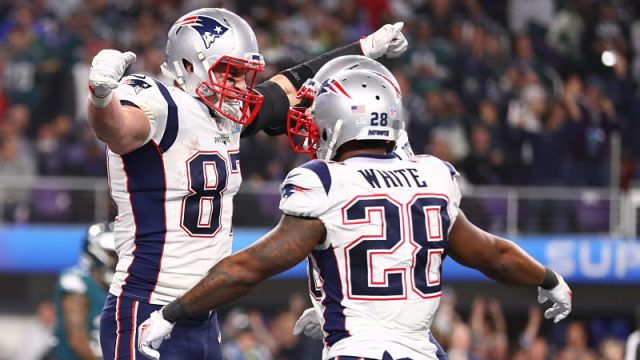