Patience is a virtue. And when it comes to NFL free agency, it’s also really, really smart.

The New England Patriots currently are in the process of lying in wait. As players fly off the market for high sums of money, the Patriots *only* have traded for defensive end Michael Bennett and given restricted free-agent tenders to Jonathan Jones and Josh Gordon. They haven’t touched the unrestricted free agent market while players like, say, wide receiver Devin Funchess are signing one-year contracts for $10 million.

One of the latest receivers to come off the board is now-former Patriots wideout Cordarrelle Patterson, who reportedly agreed to a two-year, $10 million deal with the Chicago Bears.

Patterson will be missed, and the Patriots will need a new kick returner in his stead. We like veteran wide receiver Andre Roberts to fill that need. We’ll see if he’s still around when the Patriots decide to jump into the market.

The Patriots will need to do something at some point at wide receiver, however. They currently have just Julian Edelman, Matthew Slater, Braxton Berrios and Damoun Patterson on their depth chart. They went into last season barren at wide receiver while Edelman served a four-game suspension, leading them to trade for Gordon.

Gordon must first sign his tender then get reinstated to actually constitute a spot on the Patriots’ wide receiver depth chart.

There are plenty of talented wideouts still available. We like Roberts, Golden Tate, Randall Cobb, Dontrelle Inman, Pierre Garcon, Tavon Austin and Jermaine Kearse for the Patriots. Chris Hogan and Phillip Dorsett officially will hit the free-agent market Wednesday at 4 p.m. The Patriots still could re-sign them.

This is the point in this column where we were going to suggest the Patriots trade for Odell Beckham Jr., but the New York Giants reportedly just sent him to the Cleveland Browns. There goes that idea.

Signing Tate would solve a lot of issues, but players like Cobb, Inman, Garcon or Kearse wouldn’t instill a lot of confidence in a Patriots offense that might be without tight end Rob Gronkowski if he so chooses to retire. Roberts and Austin mostly would serve as special-teams helpers.

The Patriots could draft a receiver high, but they’ve never spent a first-round pick on a wideout, and there’s no guarantee a rookie would contribute from Day 1.

The Patriots will figure something out because they always do, but the wide receiver position will be the biggest question mark on the roster until they do. Even though it won’t be Beckham, we still could see the Patriots pulling off a trade for a wide receiver. Even if it’s not a name as big as Beckham, Antonio Brown, Julio Jones or A.J. Green, dealing for a guy like Nelson Agholor or John Ross would help.

Slater and Damoun Patterson will not be the Patriots’ No. 2 and 3 wide receivers when the 2019 NFL season begins. Now we wait to see what the Patriots have up their sleeves as they wisely choose not to spend tens of millions of dollars on unwarranted free-agent wide receivers. 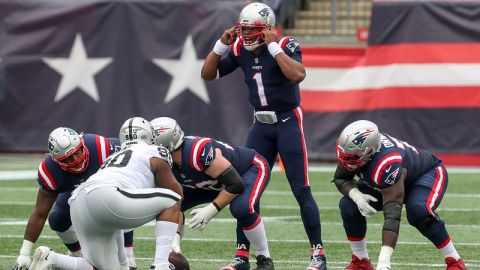