BOSTON — Marcus Smart started 60 games this season, so his absence adds yet another item to Brad Stevens’ list of things to do before games.

The now-injured Boston Celtics guard has been a mainstay in the starting five since his head coach revamped the starting lineup earlier in the season, while Gordon Hayward and Jaylen Brown have come off the bench.

Presumably, it will be either Hayward of Brown that starts Game 1 of the C’s first-round playoff series with the Indiana Pacers on Sunday afternoon, but Stevens wouldn’t indicate who prior to tip-off. He’s not obligated to reveal any information about his starting lineup until there’s 20 minutes before the game starts, and he indicated Sunday morning that’s a right he plans on exercising.

But when asked later in his pregame press conference if he’s worried about possibly disrupting rotations by using Hayward or Brown as a starter, Stevens said it’s really not that scientific.

“I’m not that smart,” Stevens said. “We’ll just start five and figure it out.” 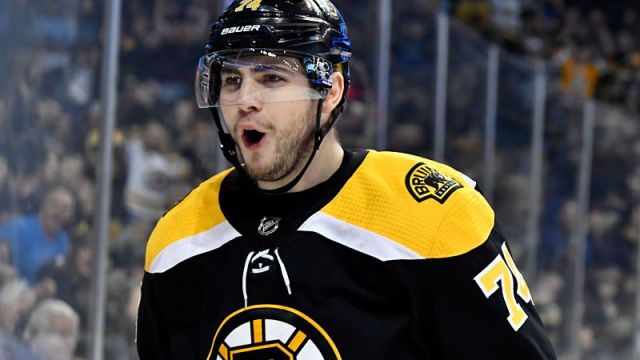 Sean Avery, Of All People, Rips Jake DeBrusk For Play In Bruins-Leafs Game 2