For the second year in a row and third time in seven seasons, the Boston Bruins and Toronto Maple Leafs had to settle their first-round Stanley Cup Playoff series with a decisive Game 7 at TD Garden.

And similarly to the previous meetings, it was the Bruins who prevailed, earning a 5-1 win Tuesday night. They now will head to the second round and face the Columbus Blue Jackets, who pulled off a seemingly-impossible sweep of the top-seeded Tampa Bay Lightning.

Tuukka Rask made 32 saves for the Bruins, while Frederik Andersen turned away 27 shots for Toronto.

NORDY, MOJO GET B’S GOING
After doing quite a bit of defending early in the period, the Bruins hung a pair on Toronto before the opening 20 minutes were over.

Kuraly lost possession as he wound up for a shot, and the puck was knocked away toward the top of the circle. Matt Grzelcyk made the aggressive, and ultimately smart, decision to go after the puck, and he got control. After skating the puck under heavy pressure for a moment, Grzelcyk, slid a pass to Nordstrom, who ripped a bad-angle shot a few feet from net. Andersen got a piece of the puck but was unable to corral it, giving the B’s the 1-0 lead at 14:29.

Nice forechecking from Karson Kuhlman resulted in a loose puck behind the net, which Johansson skated around and collected. He carried the puck up to the dot, turned and fired a snipe that rung off the far post and in at 17:46, putting the B’s up 2-0.

Now this is a #Game7 start the @NHLBruins love. #StanleyCup

LEAFS GET ONE BACK
Boston thoroughly was outplayed in the second period but only conceded one goal, taking a 2-1 lead into the third.

A few minutes into the frame, John Moore lost control of the puck as he attempted to skate out of the defensive zone, and thanks to a nice effort, Tyler Ennis was able to poke the loose puck out to Tavares. After skating with the puck for just a moment, Tavares fired a shot to the far post from the dot, beating Rask, who was at the top of his crease.

Well, this #Game7 is everything it could be and more so far. #StanleyCup

The Bruins were under heavy pressure for much of the period, and did a good job not allowing Toronto to find an equalizer. Boston killed off its only penalty, a questionable cross-checking on Brandon Carlo at 8:22.

The Leafs outshot the Bruins 13-8 in the middle frame.

MOVING ON
Kuraly, who has a penchant for scoring big goals in the postseason, buried what proved to be the dagger in the third period.

Shortly after puck drop to kick the final stanza off, Noel Acciari knocked a loose puck in the neutral zone over to Kuraly at the red line. Kuraly gained possession and weaved through the neutral zone before gaining the offensive blue line. Once he got some separation, Kuraly rifled a shot past Andersen at 2:40 to put Boston up 3-1.

Third period of #Game7. This is how you want to start. #StanleyCup

The Leafs emptied their net with just over three minutes to play, and with 2:34 remaining in regulation, Coyle buried the empty-netter.

Did you know @CharlieCoyle_3 is from Weymouth? The local kid seals the deal ? #NHLBruins pic.twitter.com/3Dod7ayr1b

Toronto emptied its net once more, and just before the horn sounded, Bergeron scored the fifth goal.

UP NEXT
The Bruins will take on the Blue Jackets in the second round. The date and time of Game 1 is scheduled for Tuesday night. Puck drop from TD Garden is slated for 7 p.m. ET. 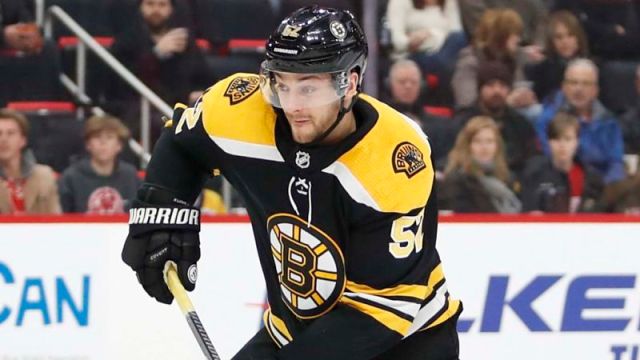 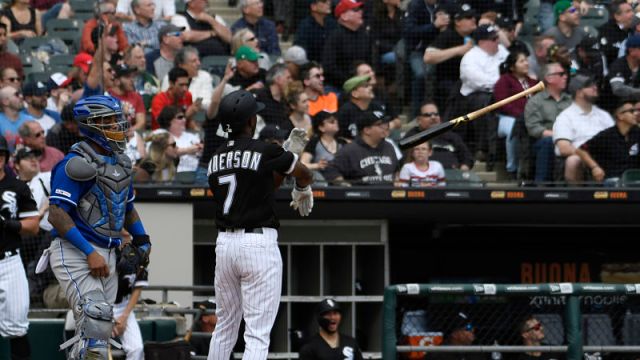 Dunkin’ Poll Question: Are You A Fan Of Bat Flips In Major League Baseball?