But unlike Game 1, it was the Blue Jackets that won, earning a 3-2 victory in double overtime.

The Bruins had two leads during regulation, both of which they blew, forcing what ultimately became a pair of overtime periods. In the second OT, Matt Duchene buried a rebound to give Columbus the victory.

Matt Grzelcyk and David Pastrnak had Boston’s goals. Artemi Panarin recorded both of Columbus’ other tallies.

Tuukka Rask made 38 saves for the Bruins, while Sergei Bobrovsky turned away 29 shots for Columbus.

GRZELCYK GETS B’S GOING
The first period was a physical affair, with Boston outhitting Columbus 20-18. It took both sides a little while to get going offensively, but it was the Bruins who struck first blood, finishing the first 20 minutes up 1-0.

At the 6:29 mark in the period, Josh Anderson was whistled for interference on Brandon Carlo, a call that incensed the Blue Jackets winger. The penalty proved detrimental for Columbus, as the Bruins cashed in 1:21 into the man advantage.

Charlie Coyle won an offensive zone face-off, but the puck remained loose, resulting in a small scrum along the boards. David Krejci eventually established possession, backhanding a pass up to Charlie McAvoy at the point. McAvoy fired a pass cross-ice to Grzelcyk, and after skating the puck into the top of the circle, Grzelcyk uncorked a slap shot that beat Bobrovsky at 7:50, seemingly in part due to a quality net-front presence from Jake DeBrusk.

The Bruins were outshot 9-6 in the first.

BLUE JACKETS DRAW LEVEL … TWICE
Three goals were scored in the middle period and two were from Columbus, sending the game into the third stanza tied at two.

At the end of the first period, Brad Marchand took a boneheaded penalty for cross-checking Alexandre Texier after the horn. Just over a minute into the second, the Blue Jackets made good use of Marchand’s poor decision.

Zdeno Chara failed to clear from deep in Boston’s defensive zone, and the puck found its way to Cam Atkinson at the point. Columbus made a few passes in the upper half of their zone until Seth Jones finally slid the puck over to Panarin, whose one-timer from the top of the circle beat Rask at 1:03.

The bakery is OPEN. @9Artemi gets the @BlueJacketsNHL on the board. Watch #CBJvsBOS: https://t.co/YugQLbt0jn pic.twitter.com/IrbH0n9zkb

The level score was short-lived though, as the Bruins got one back less than a minute later.

Coyle skated a puck around the net while under heavy pressure from Panarin. At the last second, Coyle backhanded the puck to the traffic in front of the crease, and it caught a piece of Pastrnak’s skate and caromed into the net at 2:01.

At 6:36, Chara was whistled for tripping, then just over a minute later Anderson was slapped with a double minor for high-sticking Sean Kuraly and drawing blood. That first resulted in 59 seconds of 4-on-4, which the Blue Jackets scored on.

With the puck at the end boards in Boston’s defensive zone, Coyle had a chance to clear, but inexplicably decided to backhand the puck into the slot, where nobody was. Jones got possession and quickly sent a pass to Panarin, who unleashed an absolute snipe from a tough angle to equalize at 8:01.

The Bruins never got anything going on the three minutes of power-play time they had once the 4-on-4 finished, and the remainder of the period finished without any further scoring. The Blue Jackets out-shot the Bruins 10-7 in the period.

EXTRA TIME NEEDED
Neither team could find a winner in the third period, forcing overtime. The Bruins outshot the Blue Jackets 8-7 in the frame and were unsuccessful on their only power play opportunity.

AND ANOTHER
Although the Bruins had a couple great chances to earn the victory, neither side could find a goal in the first overtime.

Patrice Bergeron had arguably the best chance, which came in the latter part of the period, but Bobrovsky made an incredible save.

Columbus was not void of quality chances, either, but Rask stood tall.

COLUMBUS WINS IT
At 3:42 in the second overtime, Duchene sent everybody home.

At 2:59 in the frame, Bergeron was whistled for tripping, and the Blue Jackets cashed in. After Rask made a nice save, he left a rebound, and Duchene was on the doorstep to put away the winner.

UP NEXT
The series now shifts to Columbus, with Game 3 set to take place Tuesday night. Puck drop from Nationwide Arena is set for 7 p.m. ET. 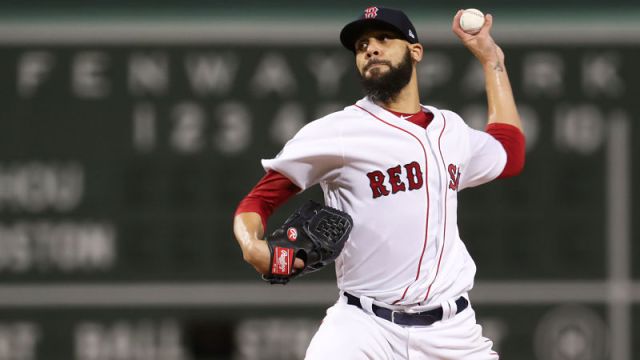 David Price Knows Red Sox Are ‘Nowhere Near Where We Could Be,’ Remains Confident 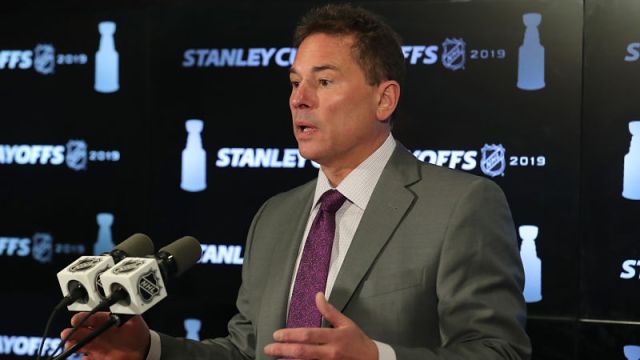