BOSTON — What a way for the Boston Celtics to start the NBA Playoffs.

It took a little while for the Celtics to get things going in their 84-74 win over the Indiana Pacers at TD Garden on Sunday. But once they did, they never looked back.

But with Marcus Smart injured, the Celtics were looking for someone to step up in a big way.

After a lackluster end to the regular season, Morris bounced back in Boston’s first game of the postseason. He scored 20 points against the Pacers, 10 of which came in the first quarter.

“I thought he did a really good job, and we need him to,” Stevens said. “I thought he played big and strong and rebounded the ball for us on the defensive end. And then he’s a hard person to guard with bigs because he spread the floor for you.”

Morris said some time off definitely helped him clear his mind.

“Any time you get any days off is great for us. I think I played 70-something games so it’s a time to relax, reflect on the season, and just get better,” he said.

Thanks to Sunday’s effort, the Celtics lead the best-of-seven series 1-0. Game 2 is slated for Wednesday evening in Boston at 7 p.m. ET.

Here are some other notes from Sunday’s Pacers-Celtics game:

After a bit of a slow start, the Celtics point guard eventually found his footing in the second half. Irving earned 20 points and seven assists against the Pacers, going 6-for-17 from the field

Fans broke out the “MVP” chant shortly after Irving drained this 3-pointer.

You can't give this man space. pic.twitter.com/CZRacIfIyH

— Gordon Hayward also played his first playoff game in a Celtics uniform, a moment Boston fans have been longing to witness. Hayward scored ten points against the Pacers, with seven rebounds and four assists to boot.

Check out his first playoff basket as a Celtic:

First Playoff bucket for @gordonhayward as a Celtics player ?

*Looking forward for many more to come* pic.twitter.com/aEfDJXbNDr

— But you can’t forget about Al Horford, whose 10 points and 11 rebounds earned him yet another double-double.

This marks the 35th postseason double-double of his NBA career, and his 11th with Boston.

Horford made plenty of plays for the highlight reel as well, including this nice dunk early in the first quarter:

Kyrie with the steal. Horford with the dunk ? pic.twitter.com/45AiMHkITF

— It was turnovers galore in Game 1, and neither team was immune.

The C’s turned the ball over 17 times in total. 10 of the team’s turnovers came in the first half alone.

By the end of the game, the Pacers wound up with 13 turnovers of their own. Pacers head coach Nate McMillan said the turnovers ultimately led to poor execution and missed shots for Indiana. 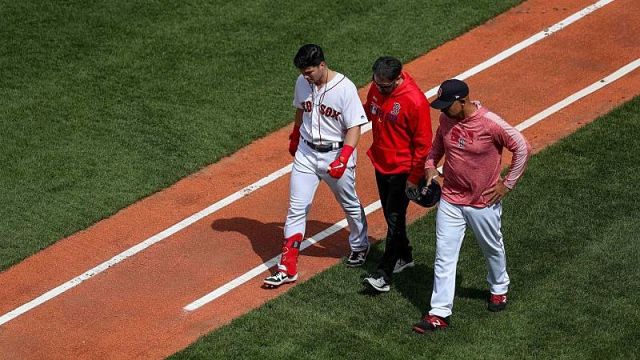 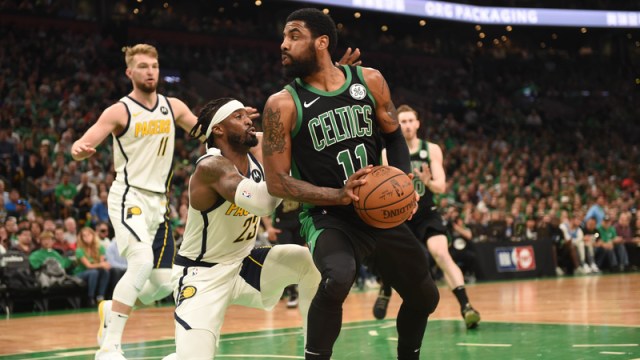