BOSTON — The Boston Celtics’ second season is off to a good start.

With a tumultuous regular season behind them, the fourth-seeded Celtics kicked off their NBA Playoff run with a convincing 84-74 win over the Indiana Pacers in Game 1.

Trailing by seven at the half, the Celtics outscored the Pacers by 18 points in the third quarter, and that was all the cushion they needed.

Cory Joseph led the Pacers with 14 points. Bojan Bogdanovic (12 points) was the only other Pacer to post double-digit scoring.

The Celtics lead the best-of-seven series 1-0.

ALL SQUARE
The Celtics got off to a somewhat slow start in the opening period, allowing the Pacers to lead by as many as eight. But sound play in the closing stages of the stanza resulted in the first finishing level at 20.

Early struggles with turnovers for the Celtics allowed Indiana to take a 12-6 lead over the first 5:40. Boston turned the ball over four times in that stretch.

In the back half of the stanza the Celtics took better care of the ball, and they clawed back in as a result.

Boston did come out with some energy early, thanks largely to Irving.

Kyrie gets the C's on the board! pic.twitter.com/O6Y9f11TPu

Kyrie picks off the inbounds pass and hits Horford on the break! pic.twitter.com/wTqVUoPPIS

It also was a good quarter for Morris, who led all players with 12 points in the first quarter.

PACERS TAKE CONTROL
After an even first period, Indiana built a bit of a cushion out of the chute and made sure to maintain it. The Pacers outscored the hosts 25-18 in the second to take a 45-38 lead into the half.

A quick 9-2 run for Indiana to open up the second forced Stevens into a timeout with 9:08 left and the Pacers leading 29-22. For much the rest of the period the Pacers kept the Celtics at arm’s reach, at times extending their advantage to as many as 11.

Trailing by 10 with 1:32 left, the Celtics scored five of the period’s last seven points to go into the break with a fairly manageable deficit. Horford missed a triple at the buzzer that would’ve brought the Celtics within four.

Morris was the only player for either side in double-figure scoring at the half, pouring in 15.

C’S START SURGING
Though they finished the first half in underwhelming fashion, the Celtics showed quite a bit of life in the third quarter. They outscored the Pacers a stunning 26-8 to head into the fourth ahead 64-53.

Whatever Celtics head coach Brad Stevens said at halftime, it worked. Boston came out firing to begin the second half, evening the score at 45 just 3:21 into the half. The C’s 7-0 run to kick off the half was capped by an old-fashioned 3-pointer by Horford.

The Pacers didn’t score their first point of the second half until a Myles Turner free throw at the 7:02 mark. The Celtics had scored 11 points during that time frame.

Indiana fought back a little bit in the final minutes of the frame, but Terry Rozier put the Celts’ lead at 11 just before the buzzer with an impressive 3-pointer.

TERRY DOES IT AGAIN! ??? pic.twitter.com/lL6tsUsC8m

BOSTON CLOSES DOOR
It was clear that the Celtics’ dominant third quarter had taken the wind out of the Pacers’ sails, as Indiana wasn’t able to muster up any sort of convincing comeback in the final period to make things interesting. By the time there was two minutes left in the game, Stevens had mostly reserves on the floor.

PLAY OF THE GAME
Not a bad way to get your first points of the game.

Throw it down JB! pic.twitter.com/cq42xkzors

UP NEXT
The Celtics and Pacers will meet for Game 2 of the series Wednesday. Tip from TD Garden is set for 7 p.m. ET. 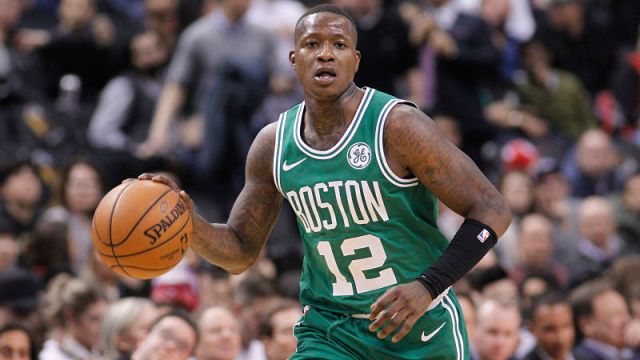 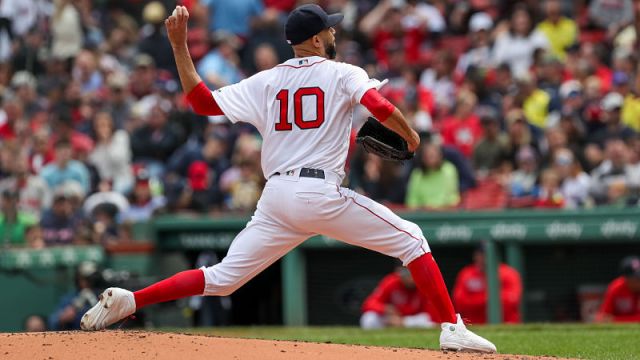