Here's What Jack Nicklaus Had To Say After Tiger Woods' Masters Win - NESN.com Skip to content

Jack Nicklaus was probably starting to feel pretty comfortable that his 18 major championships would stand up as the most of all time — then Sunday happened.

Tiger Woods marched from behind to win his fifth Masters championship, his first in 14 years, to claim his 15th major. Prior to Sunday, Woods’ last major championship came at the 2008 U.S. Open. Now it seems that Woods officially has reopened the debate about whether he can catch Nicklaus in front of him.

Nicklaus also tweeted congratulations to Woods after the tournament.

A big ?well done? from me to @TigerWoods! I am so happy for him and for the game of golf. This is just fantastic!!! ??@TheMasters

But the golf legend didn’t need to wait until the 18th hole to know Woods had it under wraps.

“You just watch it all day long and you say, ?This is a man who is possessed. He?s possessed to win a golf tournament,'” Nicklaus said. “He?s absolutely under total control and he?s going to get it done. And he did.

“I mean there wasn?t any question in mind, after seeing Molinari hit the ball in the water at 12, and Tiger put it on the green. I said, ‘Tournament?s over.’ It doesn?t make any difference what anyone else is going to do. Somebody is going to make enough mistakes, and Tiger won?t make any, and he didn?t.”

So it appears Nicklaus very much is on Tiger Watch, and after Sunday, it’s safe to say we all are. 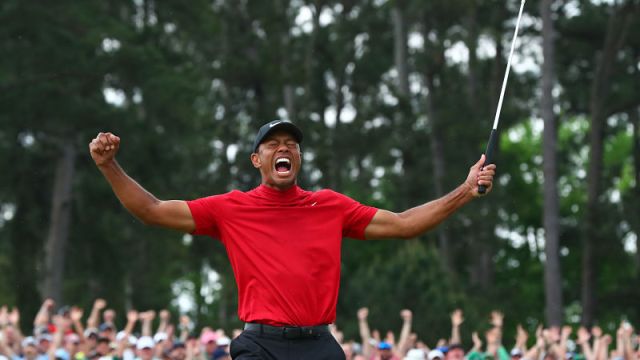 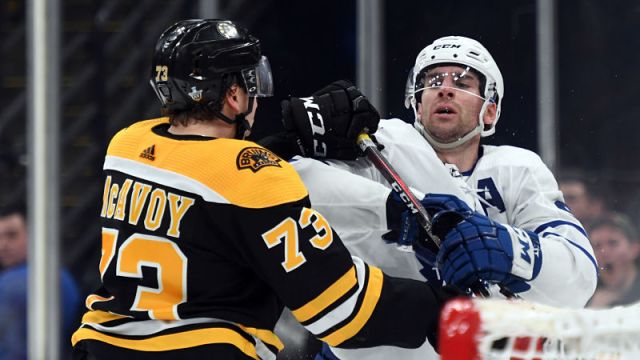