FOXBORO, Mass. — Chase Winovich’s first interaction with the New England media was straight out of the Patriots handbook.

Minutes after the Patriots selected Winovich in the third round (77th overall) of the 2019 NFL Draft on Friday, the Michigan defensive end was asked during his introductory conference call how much contact he’d had with the team during the pre-draft process.

“Um, I didn’t have too many pre-draft interactions with the Patriots,” Winovich replied. “But I did have some. It was in a relatively limited capacity.

“But I’d rather just wait to dive into that further until I receive further information on how much information I can share.”

Winovich, who stands 6-foot-3, 265 pounds and sports an unmistakable mop of long blond hair, landed in New England following a stellar college career in Ann Arbor. He averaged nearly one tackle for loss per game (44 1/2 in 45 contests) and totaled 18 sacks, plus three forced fumbles.

With the 77th pick in the #NFLDraft, the #Patriots select DL Chase Winovich.@Wino | #PatsDraft pic.twitter.com/Keax2EUuqg

Pre-draft scouting reports lauded Winovich for his tireless motor — “relentless” is an accurate term to describe his playing style — but calling him, as he put it during the NFL Scouting Combine, “a try-hard white guy” is selling his game short. He’s also an elite athlete, ranking first among edge defenders at the combine in the short shuttle (4.11 seconds), third in the three-cone drill (6.94) and fourth in the 40-yard dash (4.59).

“I like to think of myself as kind of a junkyard dog,” Winovich said. “Just tenacious, relentless effort and motor, just scrapping for every inch. But at the same time, I like to think I?m slippery here — or as they say in Pittsburgh, ‘slippy.’ I think I bring some versatility, and I think my combine was an example of some of the speed that I have.

“And when you factor all of that in together, I think that makes me a pretty interesting pick and prospect and football player in general. At the end of the day, I?m just trying to go out there, prove my worth to the other guys on the team and ultimately to the rest of the world.”

Neither Winovich nor Patriots director of player personnel Nick Caserio gave any indication of what the ex-Wolverine’s role might be in the New England’s defense, but he should find early playing time in a unit that lost star Trey Flowers in free agency earlier this spring.

The Patriots’ depth chart at defensive end currently features veteran newcomer Michael Bennett, Deatrich Wise, John Simon, Derek Rivers, Keionta Davis, Ufomba Kamalu, Trent Harris and Winovich, whom NFL Media’s Lance Zierlein, in what has to be the best evaluation of any draft prospect, wrote “plays the game like he has zombie blood pumping through his veins.”

“That?s kind of always been my mantra — just to outwork everybody,” Winovich said. “That?s always been my goal, and obviously at the next level with someone like the New England Patriots, hard work is a fundamental key component, and they?ve done a great job, I think, of making that a cultural thing.

“I?m just lucky to be a part of it. I take that as a big compliment. Not everybody can do that and go as hard as I can on every play. That?s definitely a bonus for me.” 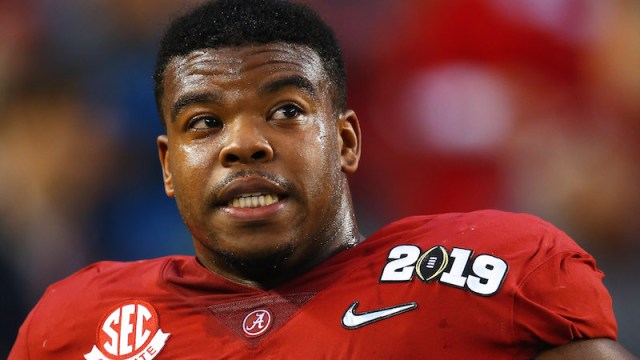 Why Did Patriots Take Third-Round Running Back With Greater Needs In Draft? 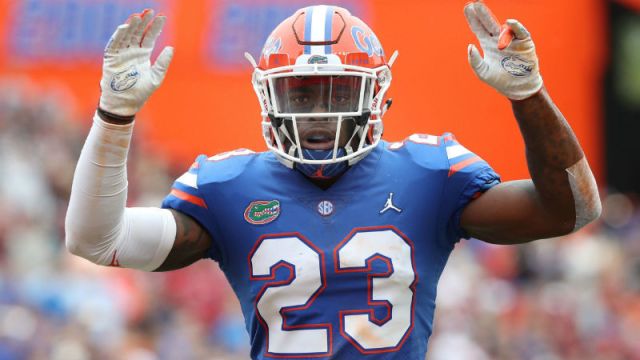 Which Players Could Patriots Target On Day 3 Of 2019 NFL Draft?