How Stephen Gostkowski Realized He '100 Percent' Wanted To Stay With Patriots - NESN.com Skip to content

Stephen Gostkowski entertained the idea of leaving the New England Patriots, but in the end, he just couldn’t do it.

The veteran kicker re-signed with the Patriots last week on a two-year deal, assuring he’ll be back in New England for a 14th season. And for Gostkowski, the opportunity to continue playing for the franchise that drafted him in 2006 was too good to pass up.

Here’s what Gostkowski told ESPN’s Mike Reiss about his decision to re-up with the Patriots:

“I’m extremely grateful and excited for the opportunity to keep playing, especially for this team. Having had to wait 13 years to be a free agent kind of put a different spin on things for me, because I’m in a whole different place in my life and career than a lot of people when they first have a shot at free agency. The things I had to think about and go through, and decisions I had to make of whether I would stay or leave, are completely different from what I would have had 10 years ago when I could have had a chance at free agency.

“But having the extra time, and waiting and taking my time, really made me know that I was 100 percent wanting to be here. I’m so blessed to have a chance to play 15 years in one spot. I know my position is different than most. But even in my position, guys that have played it this long, have probably already been with two or three different teams. We love it here. My family loves it here. It would have been a lot to leave.

“You have to make decisions based on a multitude of factors, and every time I thought of what it would be like somewhere else, I always came back to how much I love it here. It’s a weird business, and you have to explore every option, but it was really tough for me to think I was ever going to leave. I’m excited it worked out and just thankful for another opportunity to have a crack at playing for the Patriots.”

Gostkowski missed five field goals last year and, of course, missed one in Super Bowl LIII. However, his 42-yard field goal late in the fourth quarter all but sealed the franchise’s sixth Lombardi Trophy.

For what it’s worth, Gostkowski is the longest-tenured kick in  Patriots history. 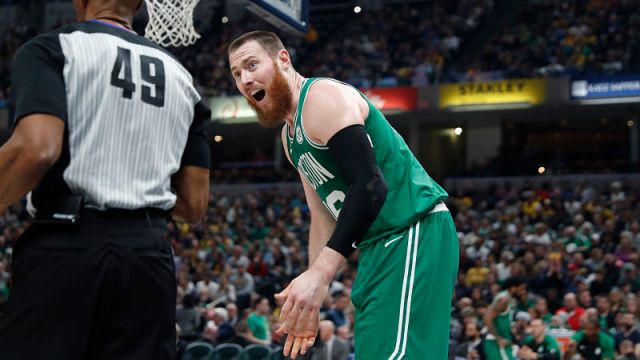 Aron Baynes Denies Being In Pain On Celtics Bench In Game 1 Vs. Pacers 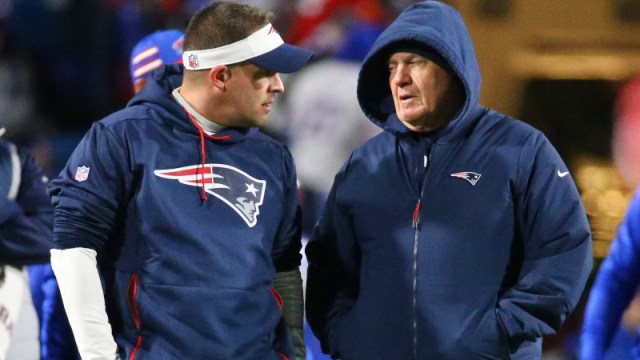