Nazem Kadri Suspended For Remainder Of First Round For Hit On Jake DeBrusk - NESN.com Skip to content

Nazem Kadri will pay a steep price for his actions Saturday night at TD Garden.

The Toronto Maple Leafs center has been suspended for the remainder of the first round for his hit on Boston Bruins winger Jake DeBrusk in Game 2 of the teams’ first-round Stanley Cup playoffs series. The NHL Department of Player Safety announced it’s decision Monday evening, less than an hour before Game 3 in Toronto.

The suspension means the center could miss anywhere from three to five games.

Toronto?s Nazem Kadri has been suspended for the remainder of the First Round for Cross-checking Boston?s Jake DeBrusk. https://t.co/doqkyMVrLS

Kadri received a five-minute major penalty for roughing and was handed a game misconduct for cross-checking DeBrusk in the face late in the third period of Boston’s 4-1, series-tying victory. It was one of many violent plays in the game, with DeBrusk himself delivering more than a few controversial hits.

As you might expect, Bruins and Leafs players had differing opinions on what transpired in front of a raucous Garden crowd. The Department of Player Safety elected to not discipline DeBrusk for his knee-to-knee hit on Kadri, despite substantial uproar from Toronto players, fans and media alike.

Kadri, of course, was suspended three games for a similar hit in last year’s first-round playoff series between the Bruins and Leafs.

This is the fifth time Kadri has been suspended since entering the league in 2009. The 28-year-old also was fined $5,000 for a “throat-slash” gesture in 2016 and and docked a total of $4,000 for two separate embellishment incidents in the same year. 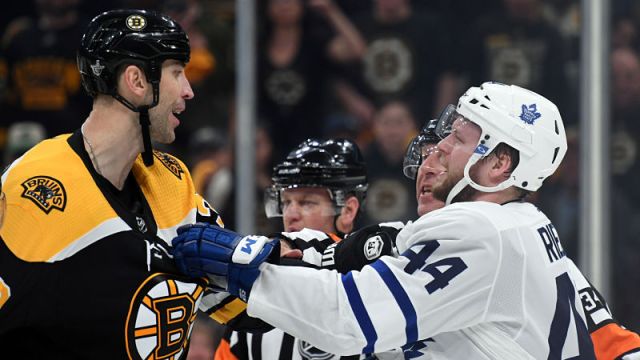 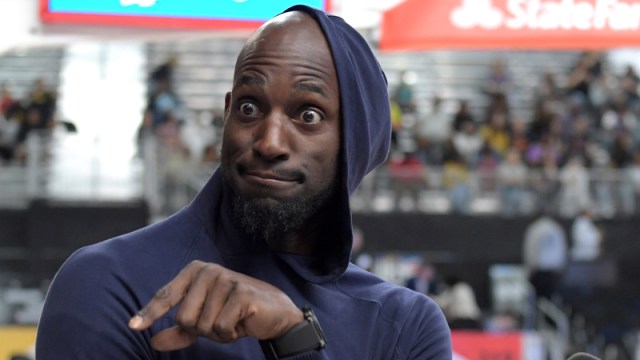