?I actually want a pay raise at this point, and so whatever happens, just to know that whatever team I go to, I want to get paid more than I get paid right now.?

The Patriots on Tuesday gave the veteran defensive end said pay raise, according to a report from ESPN’s Field Yates. New England did so by restructuring the three-year, $30.5 million contract Bennett signed with the Eagles in 2018.

Yates has the details:

Sources: the Patriots and DE Michael Bennett have agreed to a reworked two-year deal with a base value of $16.75M, including a $4M signing bonus. Bennett gets guaranteed money and more upside, while the move creates $700K in cap space for the team in 2019.

In addition to the $4 million guaranteed, Bennett’s new deal also boosts his overall bottom line. The 33-year-old was set to earn $13.7 million in base salary over the next two seasons under his previous terms, plus up to an additional $2 million in roster bonuses.

The $700,000 in salary cap space also gives the Patriots some additional wiggle room as they continue to construct their 2019 roster. Reinforcements still are needed at both tight end and wide receiver, and the team currently does not have a kicker under contract.

With Trey Flowers opting to sign with the Detroit Lions in free agency, Bennett enters spring workouts as the Patriots’ unquestioned No. 1 defensive end. The former Seattle Seahawks star put up strong pass rush numbers in his lone season in Philly, finishing with nine sacks, 15 tackles for loss and 30 quarterback hits. 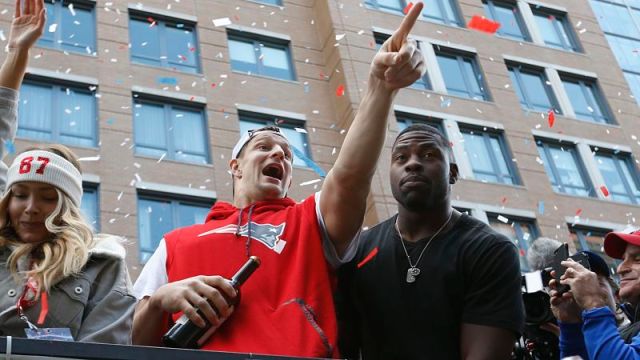