Belichick hinted at who the Patriots would take during his pre-draft news conference.

“This is another year where there?s a lot of big receivers — 6-4, 225, 230, whatever they are — I mean, somebody?s going to have to cover those guys one of these days,” Belichick said.

The Patriots selected Williams with the 45th overall pick in the second round of the 2019 NFL Draft. They packaged picks No. 56 and No. 101 to move up in a trade with the Los Angeles Rams to take Williams, who they were considering selecting in the first round. NESN.com predicted the Patriots would trade up to take Williams earlier Friday.

Williams might not be a starting cornerback, where he’ll be competing for a spot with Stephon Gilmore, JC Jackson, Jason McCourty, Jonathan Jones, Duke Dawson and Keion Crossen, but he will be a chess piece able to be moved around the defense. At 6-foot-4, Williams can take on those bigger receivers. He’ll also likely be asked to cover athletic tight ends.

Williams was drafted as a defensive back. He’ll be more than just a cornerback, where New England didn’t have a major need.

In the playoffs last season, the Patriots used Jackson on tight ends, including Travis Kelce in New England’s AFC Championship Game win over the Kansas City Chiefs. Jackson struggled in the matchup, and the Patriots had to move Gilmore over to Kelce. Jackson fared better against tight ends in the Patriots’ Super Bowl LIII win over the Los Angeles Rams, but he’s only 5-foot-10.

Williams will be much better suited to take on those bigger pass-catchers while Gilmore can focus on the opposing team’s best receiver. The Patriots still have high hopes for Jackson. He’ll likely cover the opposition’s No. 2 receiver.

Williams ran a 4.6-second 40-yard dash with a 36-inch vertical leap, 10-foot, 7-inch broad jump, 6.92-second 3-cone and 4.07-second short shuttle during predraft testing. While his speed might not be elite, his agility scores are top-tier for a cornerback that size.

The Patriots have four remaining picks on the second day of the draft, No. 64, No. 73 and No. 97 overall. They can fill bigger needs at quarterback, offensive tackle, tight end, defensive tackle or defensive end with those picks. 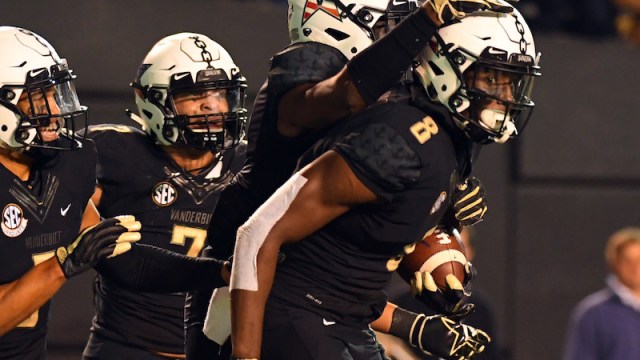 Patriots Trade Up For Cornerback Joejuan Williams In 2019 NFL Draft 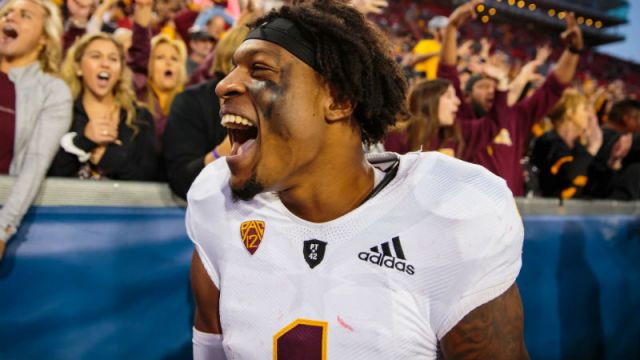