Just months removed from their latest Super Bowl title, the New England Patriots enter the 2019 NFL Draft with several clear needs on both sides of the ball.

With the draft set to kick off Thursday, April 25 and the Patriots currently owning a whopping 12 selections, we took a closer look at a few of their biggest needs and identified some players who potentially could fill them. (The first round of the draft takes place on Day 1, followed by Rounds 2 and 3 on Day 2 and Rounds 4 through 7 on Day 3.)

Fortunately for New England, this year’s draft class has a bunch of promising tight end prospects, though the Pats likely would need to trade up from No. 32 to nab either of the top two (Iowa’s T.J. Hockenson and Noah Fant).

WIDE RECEIVER
If the season started today, one of Phillip Dorsett, Bruce Ellington, Maurice Harris, Braxton Berrios or Damoun Patterson would be New England’s No. 2 receiver behind soon-to-be 33-year-old Julian Edelman. Yikes. After trying and failing to sign the likes of Adam Humphries and Cole Beasley in free agency, the Patriots must look to the draft (or a trade) to replenish a receiving corps that lost Cordarrelle Patterson earlier this offseason and currently is without Chris Hogan (still unsigned) and Josh Gordon (suspended).

Worth noting: The Patriots have not drafted a single wideout in the first round during the Bill Belichick era and haven’t selected one in the first three rounds since 2013. Despite this, they’ve met with many of the top prospects at the position during this year’s pre-draft process after also doing so in 2018.

DEFENSIVE END
Gone are star pass rusher Trey Flowers (signed with Detroit Lions) and the disappointing Adrian Clayborn (released). The Patriots somewhat mitigated the loss of Flowers by trading for productive veteran Michael Bennett, but they still lack proven depth on the edge after Deatrich Wise failed to take a significant step forward in Year 2 while Derek Rivers and Keionta Davis spent the bulk of last season in healthy scratch land.

The deep crop of available edge rushers is another strength of this draft class. There should be no shortage of options for the Patriots, who currently wield five Day 2 selections (two seconds and three thirds).

DEFENSIVE TACKLE
Free agent addition Mike Pennel has the most potential of any 2019 Patriots signee, but there’s not much depth behind him and Lawrence Guy other than sub rusher Adam Butler. Malcom Brown left for New Orleans, and Danny Shelton has yet to sign a new contract nearly a month into free agency.

This draft, though, is stocked with NFL-ready defensive tackles, with a reasonable likelihood of at least one being available at No. 32. The Patriots have taken five D-tackles in the first round during the Belichick era, by far the most of any position.

OFFENSIVE TACKLE
Marcus Cannon and Isaiah Wynn should begin the season as New England’s starting tackles, but the former turns 31 in May and the latter — the Patriots’ top draft pick last year and expected Trent Brown replacement — remains an unproven commodity after missing his entire rookie year with a torn Achilles. Plus, with swing tackle LaAdrian Waddle leaving to join the Buffalo Bills, the Patriots currently don’t have a single tackle with legitimate NFL experience who could back up those two projected starters.

It wouldn’t be the sexy pick, but don’t be surprised if they bolster this position group within the first three rounds.

QUARTERBACK
Will the Patriots draft Tom Brady’s eventual successor? We all expected them to last year, and they wound up not taking a quarterback until the seventh round (Danny Etling).

This year’s QB class isn’t as flush with top-end talent — you certainly won’t see five drafted in the first round again — but some intriguing prospects could be had in the middle rounds. And with Brady, who turns 42 in August, insisting he’s still multiple years away from retirement, any signal-caller the Patriots draft wouldn’t be expected to play any time soon. 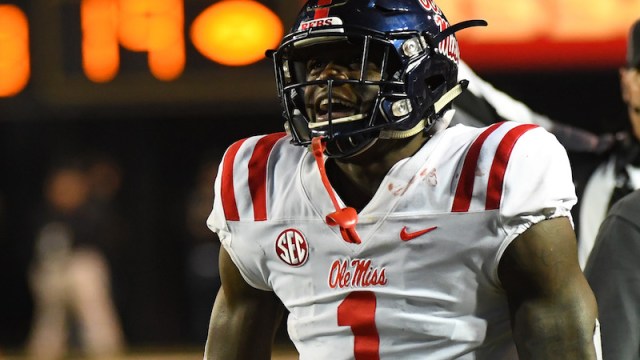 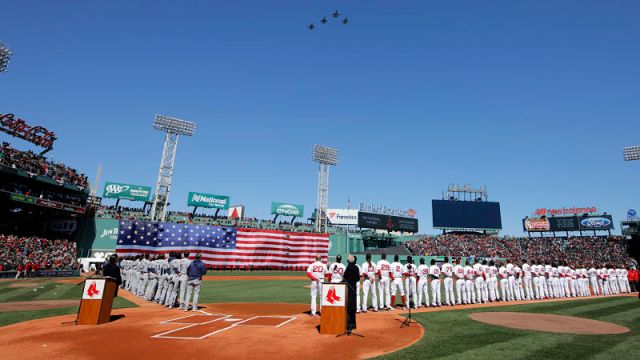