No one believes the New England Patriots will use all 12 of their 2019 NFL Draft. Don’t put it past them.

The Patriots technically have 12 picks in the draft, but there’s a bit of a catch. They have one first-round pick, five Day 2 picks, one fourth-round pick, a sixth-round pick and four picks at the end of the seventh round. You might as well not even count those late seventh-rounders (all falling between Nos. 239 and 252 overall). The Patriots might as well use those to get out ahead of some of their undrafted free-agent signings. Using a draft pick ensures the Patriots get a player they want and locks them up for a four-year deal rather than a three-year contract.

Those last four picks can be spent on this year’s versions of David Andrews, JC Jackson, Jonathan Jones and Brandon King.

It would be unsurprising to see the Patriots move up in the draft or trade picks for veteran players or future considerations. So, they might not use all 12 picks, but don’t count those seventh-rounders as anything more than what would typically be UDFA signings.

The draft is less than a week away. Let’s get into our last mailbag before the event.

Who is a player you see the Patriots trading up from 32 to get & who is a player you could see them trading down from 32 to get? #MailDoug
— @lc_3344
I”m not sure who I see the Patriots trading up to get, but I support the idea of them trading up for Clemson defensive tackle Christian Wilkins if he’s within range. A three-down defensive tackle is extremely valuable in the NFL. Wilkins was dominant against the run and as a pass rusher in 2018. He’d fill a lot of needs on the Patriots’ defensive front.

I also like the idea of trading up for Clemson defensive end Clelin Ferrell. He would fill in pretty well for Trey Flowers.

I could see the Patriots trading down then getting one of the high second-round wide receivers like Ohio State’s Terry McLaurin, South Carolina’s Deebo Samuel, Ohio State’s Parris Campbell or Iowa State’s Hakeem Butler (if he’s there). The Patriots haven’t drafted a first-round wide receiver since Bill Belichick was hired as head coach in 2000. This year might be the one to start.

Thoughts on nkeal Harry?
— @mc_collumb
I prefer some of the smaller-statured receivers for the Patriots. I like all of the guys mentioned above plus Mississippi’s A.J. Brown, Georgia’s Mecole Hardman and UMass’s Andy Isabella.

Harry doesn’t hit the Patriots’ typical drafting standards with his 40-yard dash or three-cone, but he’s pretty close on both metrics. I think there’s just better value, typically, in drafting smaller wide receivers. The Patriots also have had better success with smaller wideouts.

Do you think this year?s defense can be better than last year?
— @Neauxmad98
That’s tough to say before the 2019 NFL Draft. They still have holes at defensive end and defensive tackle they need to fill.

If they use a first-round pick on a defensive lineman, then maybe. It’s going to be tough filling Trey Flowers’ shoes, but Michael Bennett certainly helps. If they can bring in a young guy to do the rest, then they’re looking pretty good for 2019.

I have come up with 5 possible Pats trade scenarios for Qb needy teams trading back into the first round to grab one of the QB?s. Which do you prefer

32, 134 to JAX for 38 and 98
— @ShortDolphin
Out of all of those options, then I guess the last one. The Patriots don’t need to add more picks. If anything, I could see them trading their first-round pick for a future first plus a Day 2 pick. I know Patriots fans hate that idea because it’s boring, but it would be quality value, and the Patriots already have five Day 2 picks.

The strength of this draft also is in Day 2.

I actually don’t mind the idea of the Patriots trading up into the first round by using some of their Day 2 picks then also trading back from No. 32 overall for a first-round pick next year plus another Day 2 pick.

I also think the Patriots could potentially be in the market for a QB themselves at No. 32 overall.

BB is going to trade up in the 1st round for a QB. Not a question. Just want this logged somewhere in case I’m right. #MailDoug
— @ejlinehan
If it’s Kyler Murray, Dwayne Haskins or Drew Lock, I’m on board. I’m not as sold on Daniel Jones. I think there’s better value in the Day 2 quarterbacks like Will Grier, Ryan Finley, Jarrett Stidham and Tyree Jackson.

Perhaps Jones impressed the Patriots in his visit to Gillette Stadium, however. Teams know far more about the mental makeup of these prospects.

Does signing Demarius rule out A.J Green?
— @94SagarP
To rule out A.J. Green, doesn’t he need to be on the table to begin with? We have no idea if the Cincinnati Bengals want to move Green. Patriots fans have just fit some pieces together and made him a trade target because he’s on the last year of his contract.

I believe the Patriots would still make a splash trade for a receiver after signing Demaryius Thomas, however, if that’s what you’re asking. Thomas would be very easy to cut after training camp. He’s not a lock for the roster, and even if he makes it, the Patriots still need help at the position.

How?s your day?
— @NickXhaj
I’d prefer if it was a little less windy, rainy and cold.

Any chance that the patriots take a chance on tyree Jackson in the later rounds ?
— @ImThebabyPappy
Maybe in the third or fourth round. I like Jackson’s upside. His accuracy numbers look grim, but he also led top quarterbacks in average depth of target by a fairly significant margin. A quarterback will be less accurate the farther he’s throwing downfield.

How do you imagine Belichick responded to Gronk’s “mark” on the SB LIII trophy?
— @BriBriTheSlyGuy
I think the fact that the Patriots are promoting the story as much as they are tells you all you need to know. Belichick probably thought it was slightly amusing.

Looking at the schedule what’s your win loss total for the Patriots before the draft? #MailDoug
— @Swagabara
12-4.

my friends and I want to travel across the pond this september to see some games (east coast). In your opinion, what are the best ways to get tickets for a fair amount of money? thanks! (a patriots game would be nice, but those must be tough to get tickets for)
— @jasproemelt
If you’re OK with going to any game, then you can probably find face value tickets for some teams. I’d check the Oakland Raiders first. If you want to come to Gillette Stadium, then just find the least popular game and buy them on StubHub.

Are you Gordon Hayward?s lost twin brother?
— @joe_standishj97
No, we just have kind of similar hair.

#maildoug who is a likely tavon Wilson pick for the patriots in this years draft?
— @kcalise
Iowa safety Jake Gervase.

Why is @TomBrady twitter game so elite?
— @Tav2real
I think he’s using PEDs in the form of a social media manager.

Provided Giants take a QB in the first round, think we?ll trade a 7th for Kyle Lauretta? Or, is the fact he has problems driving/following traffic cop?s orders enough to discourage the brain trust?
— @NEOne83395039
Eh. I think if they liked him enough they would have drafted him before the 108th overall pick last season. I don’t hate the idea, though.

Should the Sox call up Gronk as a situational bunter?
— @Taghkanic
I’m not big on bunting. He laid down a pretty bunt with the Lombardi Trophy, but I’d prefer to see him swing away.

If midway through the season Gronk wanted to return, do you think Belichick creates a roster spot for him? #MailDoug
— @SenecaDavid1
Yes.

So many people love to mention Julian being a QB in college.. why did everyone forget he was playing corner for a lot of the 2010-2011 seasons..
— @Caleb_Crouchet
I try to talk about it as much as humanly possible.

(Super early ? prediction) Which team will be the biggest challenge for @Patriots in 2019 season?
— @KMDiGio
In the AFC? Still the Kansas City Chiefs. In the AFC East? The New York Jets. In the NFL? The Los Angeles Rams.

Can you ask someone in the Pats organization to bring these '96 unis back for at least ONE game??? #MailDoug pic.twitter.com/mAIKAeGxQS

I’ll see what I can do. Seriously. I love them just as much as you do.

say the pats have interest in drafting Deebo Samuel(or any top WR for that matter) high, is it more likely they ignore past WR trends and take him at 32 to assure they have him or trade up into the top 45 to get him?
— @MikeBriscoe12
Either trade up or down into the early portion of the second round.

You’ll have to wait for my final mock draft to find out who I’m ultimately picking for the Patriots.

Duke Johnson. Can the package a 2 and 3 pick for a proven back/receiver?
— @DanielF29405641
It won’t take that much, but I support the idea of trading for Duke Johnson. 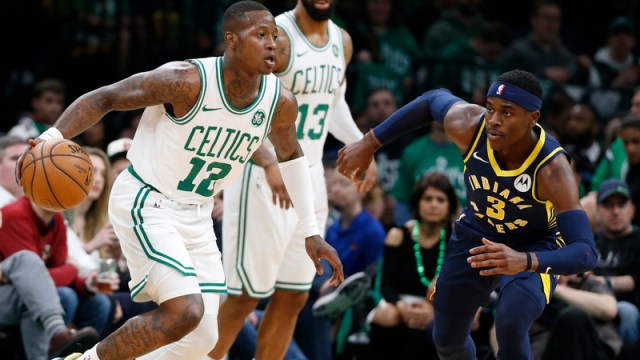 Brad Stevens Reveals Celtics Had Tough Year: ‘Not What We Had Hoped’ 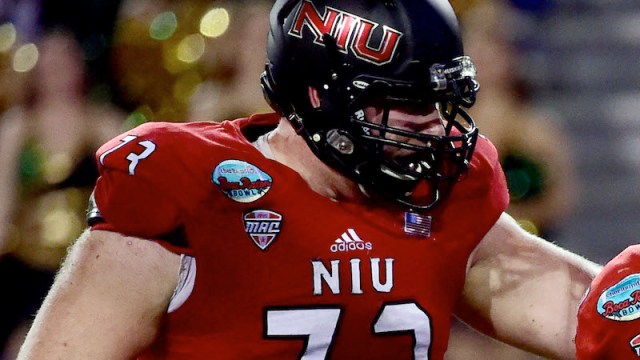